A police officer has been seriously injured after she was slashed across the face with garden shears. 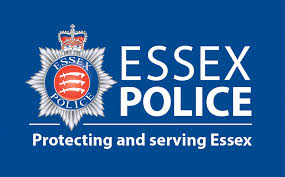 A police officer has been seriously injured after she was slashed across the face with garden shears. She was one of two female officers who attempted to intervene between two groups involved in a large disturbance in Jackson Road, Clacton on Tuesday night (August 8). One Essex Police officer sustained a minor leg injury but her colleague was rushed to hospital with a serious facial injury. She remains in hospital, receiving ongoing treatment. A 23-year-old woman has been arrested on suspicion of two counts of assaulting a police officer and a 21-year-old man on suspicion of causing grievous bodily harm. Detective Constable Lee Winfield said: This was a large disturbance involving lots of people. “Although we have made arrests we are keen to hear from witnesses who can help us establish exactly what happened in the lead up to our two officers being hurt.” Detective Inspector Jim White added: Our officers risk their lives every day to keep the communities of Essex safe. Sadly this is just another example of the very high price they sometimes pay whilst carrying out their duties.”