As the rollout of body-worn video is being finalised in many parts of the service  at significant cost  its value is already being questioned. Police Professional looks at the arguments about measuring their impact. 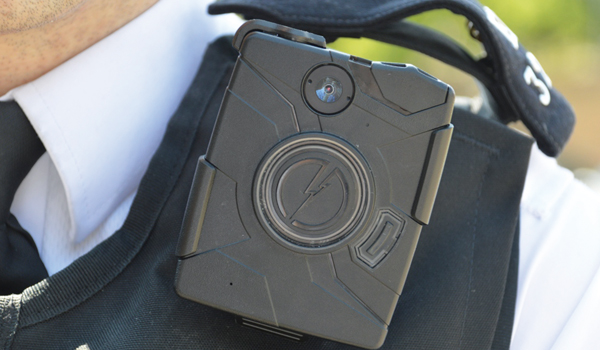 Almost 48,000 body-worn video (BWV) cameras have now been rolled out by forces across England and Wales in a £22.7 million exercise designed to increase transparency and bring speedier justice for victims. Thirty-two forces have now equipped their officers with BWV cameras with a further four in the process of beginning trials or rolling out the devices for the first time. Yet despite the widespread adoption of the technology  which from an officers point of view is said to help reduce confrontation and complaints against them  critics say more research is needed by police and academics to ensure that assumptions do not outweigh evidence. Research by Big Brother Watch (BBW) says it is not enough to say the cameras are essential tools if the benefits cannot be shown. It is calling for data to be published to show how often BWV camera footage is used as evidence during court proceedings, saying neither the police service or the Crown Prosecution Service was able to confirm this. BBW also wants forces to publish regular transparency reports to show how BWV cameras are being used in day-to-day policing. It is inevitable that the future of policing will involve technology, but the technology used must be shown to bring real, quantifiable and unique benefits to the police and to the fight against crime, said the BBW report. Our findings, alongside those of the police and academics, reveals that the promised benefits of body-worn cameras are far from proven. The lessons of CCTV should be considered when it comes to deploying body-worn cameras. The public must not be led to believe that the technology is a guarantee of improved policing. However, a new independent study by the London Metropolitan University has provided significant evidence of the value of BWV. Of 149 City of London Police officers questioned by the London Metropolitan University, more than four out of five were emphatic about compulsory wearing of cameras, finding the technology empowering. More than nine out of ten interviewed said they help with evidence gathering. Also during the research, which looked at officers attitudes towards the technology, the number of complaints from the public about incivility or oppressive conduct halved over a two-year period. The study confirms widespread evidence that BWV can significantly reduce the number of allegations against officers and their use does temper peoples behaviour  both officers and public alike  when the cameras are switched on. The College of Policing says it is now taking an active overview of the subject, while specifically looking at the arguments surrounding BWV on criminal proceedings. A college spokesperson told Police Professional: We are in the process of using the information gathered during these studies, alongside data on court outcomes, to analyse the impact of BWV on the outcome of criminal cases. The college says research confirms that BWV can have a number of potential benefits. In relation to investigations, it is important to remember that BWV is an additional source of evidence and does not replace more traditional means of evidence gathering, it added. Our research has shown that BWV can have wider benefits for officers and members of the public beyond contributing to the outcomes of criminal cases. A report by the Mayors Office for Policing and Crime (MOPAC) and the college following the worlds largest trial of the cameras  across ten London boroughs over 12 months  found that the use of the cameras reduced some types of complaints and allegations against police officers and 92 per cent of the public questioned about the cameras agreed that they improve police accountability. A trial by the college and Essex Police also found that there was an increase in the proportion of detections for domestic abuse that resulted in a charge (rather than a community resolution or caution) when BWV was used by the officers attending. The case for BWV as the technological eyes and ears of modern policing is