The chair of Leicestershire Police Federation has condemned the “utterly despicable” violence against police officers during widespread disorder over the weekend. 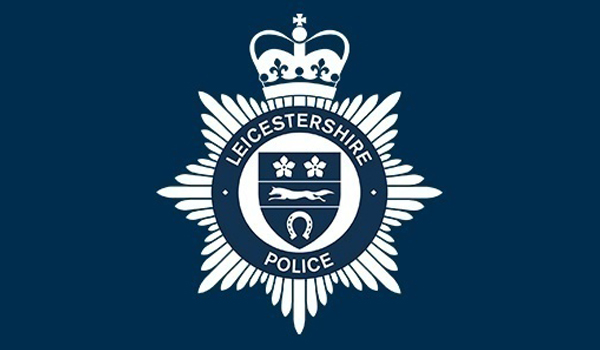 Sixteen Leicestershire Police officers were injured while trying to control public disorder during an unplanned protest in Leicester, believed to have been sparked by a “country-based dispute” after a cricket match between India and Pakistan.

Leicestershire Police said it is continuing “a significant policing operation in the East of Leicester” following the outbreak of serious disorder on Saturday evening that continued into Sunday.

The force said there has been a total of 47 arrests so far, with some of those arrested from out of the city, including people from Birmingham. It added that investigations into these offences were “ongoing with dedicated staff collecting evidence”.

Federation chair Adam Commons said this was an “extremely dynamic situation and our colleagues responded professionally throughout”.

He added: “My colleagues do not come to work to be subjected to this type of behaviour and should not be going home nursing cuts and bruises.

“One of our police dogs has also been injured in a disgraceful attack.

“They are all trying to do their job and keep people safe, this behaviour is utterly despicable and I encourage the community to help us in ending this as a matter of urgency.”

Mr Commons said he has spoken to some of the officers and T/Chief Constable Rob Nixon is also trying to contact everyone and offer support.

“This is a large operation and I’m incredibly proud of the way my colleagues are continuing to support it to try and bring it to a safe conclusion,” he said.

Leicestershire Police said officers had to be diverted from The Queen’s funeral in London to deal with widespread disorder, with extra officers deployed from the West Midlands, Derbyshire and Nottinghamshire under mutual aid.

A 20-year-old man has been sentenced ten months in prison following his arrest on Saturday night during the disorder in East Leicester.

T/Chief Constable Rob Nixon said: “This quick charge reflects the hard work the officers have put in, with overwhelming evidence against Noronha. The sentence is reflective of the fact that this was a serious offence and he has ended up with time in prison.

“We saw a group of people from other cities come to our city to disrupt and cause harm. We will not stand for this unrest in our city. There is an extensive policing operation ongoing, acting on information and reports of gatherings and offering community reassurance.”

The force said it had initially become aware of a large group of men travelling towards Green Lane Road in Leicester.

It added: “Officers attempted to engage with the group and remain with them whilst additional officers were called in. They sought to keep actions lawful but, regrettably, the situation led to disorder.

“Officers attended in large numbers with a view to keep people safe. Dispersal and stop and search powers were authorised to assist officers in restoring calm to the area. Under Section 60 stop search powers, a large number of people were searched.

“Several incidents of violence and damage have been reported to the police and are being investigated.

We are aware of a video circulating showing a man pulling down a flag outside a religious building on Melton Road, Leicester. This appears to have taken place while police officers were dealing with public disorder in the area. The incident will be investigated.”

Suleman Nagdi, from the city’s Federation of Muslim Organisations, told the PA news agency it was the first time he could remember the communities becoming violent.

The violence is believed to have been between Muslim and Hindu communities, with Mr Nagdi saying “loyalties kicked in” after the cricket.

“The start [of the disorder] was the cricket match – it is a country-based dispute,” he said.