The Governments decision to hire 21,000 new mental health workers will help reduce demand on overstretched officers, according to the Police Federation of England and Wales (PFEW). 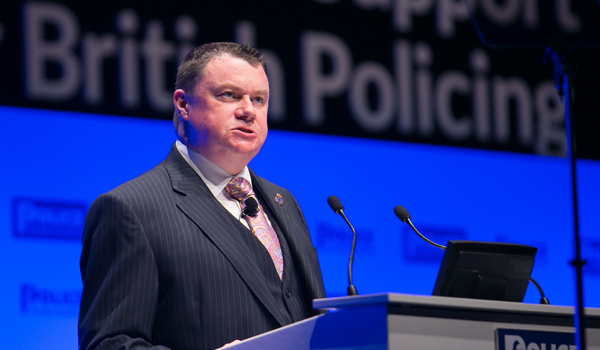 The Governments decision to hire 21,000 new mental health workers will help reduce demand on overstretched officers, according to the Police Federation of England and Wales (PFEW). Health Secretary Jeremy Hunt announced that £1.3 billion will be spent to bolster NHS numbers and end the historic imbalance between physical and mental health care. More than 4,800 new crisis care nurses and therapists will be recruited and the Government will attempt to re-attract some of the thousands of professionals who have left the health service in recent years. The announcement was welcomed by PFEW chair Steve White, who said that too often officers are called on to help people suffering mental health crises. Mr White said: Any additional support to bolster mental health provision is good for the police but more importantly its good for those suffering. Resourcing and organisational issues across the NHS and local authorities have meant that too often the police service has had to step in to help when troubled individuals need a place of safety. As well as the increased demand this places on a service already at breaking point, we have repeatedly said that we are not best placed to help these individuals and police cells are certainly not the right place for those suffering mental health issues. A shortage of hospital beds has resulted in custody cells being increasingly used to hold people with mental health conditions. The PFEW has previously warned that some officers report spending as much as 80 per cent of their shifts on NHS premises as they were forced to wait hours with patients before a place became available. In April, HM Chief Inspector of Constabulary Sir Thomas Winsor found this use of policing as a first resort is placing unnecessary demand on the police service. Powers under section 136 of the Mental Health Act were used to detain people more than 28,000 times in 2015/6, up from 17,400 in 2005/6. Custody cells were used as places of safety for those in mental health crisis in 2,100 incidents. However, this represents a 54 per cent reduction on the previous year and a 70 per cent fall over the last two. Alongside the crisis centre staff the Government will recruit around 2,000 experts in young peoples mental health and 2,900 people to support adult talking therapies. It will also launch a campaign to encourage more medical students to consider mental health as a specialisation, and will aim to treat another million people by 2021. The plans were criticised by the Royal College of Nursing, which said the Government must work hard to get specialist mental health staff numbers back up to 2010 levels. It also raised concerns about whether the new nurses can be trained quickly enough. Mr Hunt said: We want people with mental health conditions to receive better treatment, and part of that means having the right NHS staff. We know we need to do much more to attract, retain and support the mental health workforce of the future. Today is the first step to address this historic imbalance in workforce planning.