Counter-terrorism police will receive an extra £4 million to help cover the cost of responding to last years Parsons Green bombing. 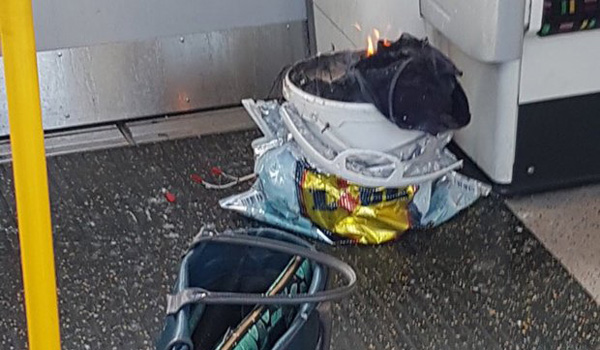 Counter-terrorism police will receive an extra £4 million to help cover the cost of responding to last years Parsons Green bombing. Policing and Fire Minister Nick Hurd announced the investment on Wednesday (February 7) as next years police funding settlement was debated in Parliament. The funding comes in addition to the £24 million already allocated for forces that responded to the five terror attacks in London and Manchester last year. Another £50 million will go towards increasing the overall counter-terrorism budget. Mr Hurd said: The tragedy of five terrorist attacks in 2017 has sadly reinforced the threat we face from terrorism so it is right that we are increasing funding for counter-terrorism policing both this year and next. In September we announced £24 million of new money this year going to forces across the country to meet the costs relating to the tragic terror attacks. I am also pleased to confirm that the Government has agreed to provide a further £4 million this year to meet the costs arising from the attack at Parsons Green. Thirty people were injured when a homemade bomb partially exploded at Parsons Green train station in London last September. Ahmed Hassan, 18, has been charged with attempted murder and causing an explosion but denies responsibility. He was remanded in custody last month and will appear for a two-week trial at the Old Bailey on March 5. The Government has committed to increase counter-terrorism spending by 30 per cent over five years alongside funding an extra 1,900 officers at security and intelligence agencies. However, the £50 million investment in counter-terror budgets has been criticised for merely reversing a planned cut. A MPS spokesperson said: With an unprecedented terror threat, rising crime and increasingly complex demand, we said that extra investment in policing was required. While the announcement does not fully meet the level of investment that we identified as necessary, it is a better settlement than last year. It offers greater certainty over the next two years and gives us more resilience to respond to rising demand and sustain current policing services  as long as police and crime commissioners increase the council tax precept to the maximum next month.