Northern Constabulary was the first Scottish force to exploit social media channels, not only to inform and engage with the public, but also to help enhance its reputation by promoting a professional and proactive image and to balance unfair or inaccurate media coverage.

Northern Constabulary was the first Scottish force to exploit social media channels, not only to inform and engage with the public, but also to help enhance its reputation by promoting a professional and proactive image and to balance unfair or inaccurate media coverage.

At the heart of the challenges now facing the public lies communication. According to a new White Paper published by media communications company DWPub, communication has become more complicated with the changing media landscape. Newspaper circulation is in decline both nationally and regionally while online audience share continues to grow apace.

Research carried out by Ipsos MORI shows that the more the public feel informed about their services, the more satisfied they are with an organisation.

Social media is fast becoming an essential component in an organisations business strategy. However, social media in itself is not a strategy  it is a tactic designed to help build reputation, says the reports author John Shewell, head of communications at Brighton and Hove City Council.

Todays tech-savvy citizen commands a different relationship. No longer are they willing to be passive recipients; they expect to be active participants in sharing information and creating content, says the report.

It is a view shared by Northern Constabulary in its recent report to the Northern Joint Police Board on the forces use and development of social media to inform and interact with members of the public.

Chief Constable George Graham highlights in his report, The use of Social Media, that maintaining an active dialogue with the public is an important part of a community policing service in terms of informing the public and responding to public needs and expectations.

The police cannot work in isolation and the public have an important role to play in preventing and reporting crime in their communities, said Mr Graham.

Northern Constabulary was the first Scottish force to exploit social media channels to inform and engage with the public, developing a Twitter presence in November 2009 and a Facebook presence early in 2010, piloting both sites before an official launch in December 2010.

Social media was integrated into Northern Constabularys Communication Strategy in 2010 and into the Highlands and Islands Strategic Coordinating Groups Public Communications Strategy, as an important tool to warn and inform, engage with and reassure the public.

The use of social media supports the forces strategy of building public confidence and reassurance, by widening and increasing the circulation and speed of appeals to resolve crime and by issuing advice to prevent crime.

The developments also support the Scottish governments national objectives of Safer and Stronger, by increasing access to information and the mechanisms for the public to receive warnings and advice.

Both sites have been very successful in building a large audience of followers and substantially increasing visits to our force website, says Mr Graham in the report.

He adds: Social media and use of the web is an important part of the force Corporate Media and Communications Strategy. Social media can have a powerful influence on public opinion and has increasingly proved a useful and effective tool in disseminating messages directly to the public, inaddition to the other channels of communication including traditional media.

Social media channels are used to signpost people to information on our website, to warn and inform, engage with and reassure the public. It is also a useful mechanism to get factual information direct to the publi

Security concerns as report puts IT culture under spotlight 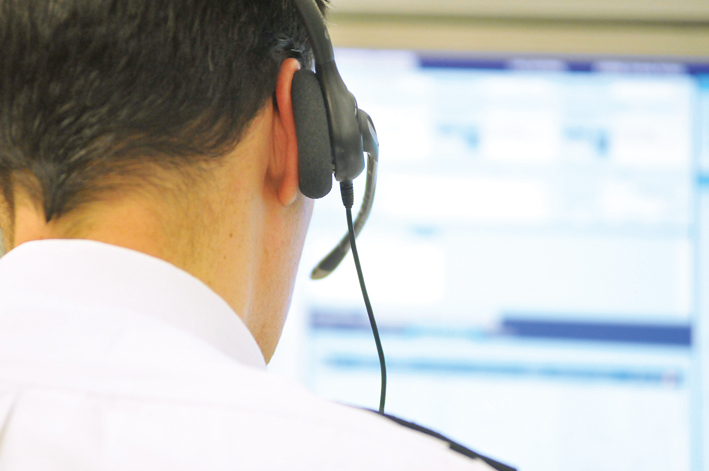