A dedicated former Northumbria officer who left the force after 12 years to join a Canadian police department has been killed in the line of duty. 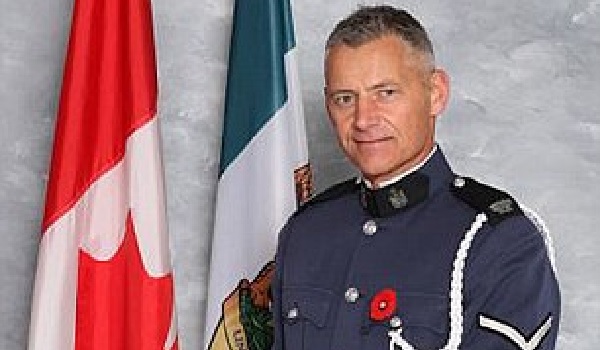 A dedicated former Northumbria officer who left the force after 12 years to join a Canadian police department has been killed in the line of duty. Constable John Davidson, 53, was gunned down while responding to reports of a possible stolen vehicle and shots being fired at members of the public in the car park of a shopping centre in Abbotsford, British Columbia. The Abbotsford Police Department officer was pronounced dead shortly after arriving at hospital with serious injuries on Monday (November 6). Oscar Ferdinand Arfmann, 65, fled the scene in a stolen vehicle but was arrested at a road intersection. He was charged with first-degree murder the following day. Chief Constable Bob Rich told a press conference: John Davidson is my hero. Hes this communitys hero. We train our police officers, we ask our police officers that when somebody is putting peoples lives in danger, when theres an active shooter, we no longer wait for cover, we no longer set up teams. The first person in, goes. John Davidson was the first person in and away he went. He died protecting you and me. Constable Davidson had 24 years service under his belt  with Northumbria Police from 1993 to 2005 and Abbotsford Police Department from March 2006 onwards. He worked in the Canadian departments patrol, youth squad and traffic sections. Acting Chief Constable of Northumbria Police Winton Keenen said: We were very saddened to learn of the death of our former colleague who died bravely in the line of duty while serving as an officer in Abbotsford, Canada. Our thoughts are very much with his family, friends and former colleagues at this difficult time. A spokesperson for Abbotsford Police Department said: We have lost an amazing colleague and friend who died in the line of duty. Our community lost a hero. Recently he completed the Tour de Valley Cops for Cancer ride. John was a dedicated police officer who devoted so much of his time to connecting with the community and helping kids.