Detectives have called off the latest attempt to discover the fate of three children who disappeared more than 50 years ago. 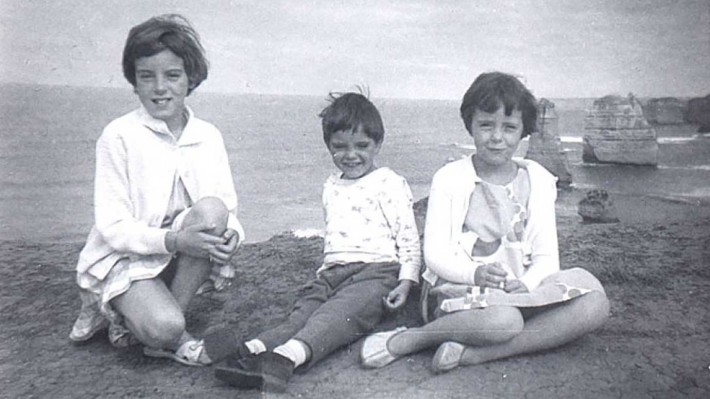 Detectives have called off the latest attempt to discover the fate of three children who disappeared more than 50 years ago. A dig at an Adelaide factory site for any remains of the missing Beaumont children  Jane, nine; Arnna, seven, and four-year-old Grant  was halted on Friday (February 2), South Australian Police (SAPOL) has confirmed. Solving the case of three siblings never to be seen again anywhere in the world has captivated and obsessed policing in Australia over the last half century. Detective Superintendent Des Bray said nothing of interest to the investigation had been found  abandoning the latest search for the siblings who vanished on Australia Day on January 25, 1966 after going for a swim at Glenelg Beach in Adelaide. SAPOL ordered the excavation of the New Castalloy site after a recently discovered anomaly in the soil was detected  mounting a fresh investigation after two brothers told them they had once dug a hole for the owner. The factory, which was searched by police in 2013, was formerly owned by Harry Phipps, who remains a person of interest in the case despite his death in 2004. Mr Phipps first came to the attention of police in 2007, after a book suggested he was a credible suspect in the childrens disappearance. Experts, including an anthropologist, spent most of Friday (February 2) at the factory site at North Plympton, but the force said only “non-human bones” were found. “I can confirm that we have found bones of various animals, possibly cows, horses and sheep, but there is nothing human that has been located,” Det Supt Bray said. “But there is nothing that has been located today that is in any way connected with the disappearance of the Beaumont children.” The force said it was confident the secluded area at the sprawling Castalloy factory had been used as a dump for household waste and discarded bones. Earlier on Friday Detective Chief Inspector Greg Hutchins urged caution on jumping to conclusions about the anomaly. There are explanations for this anomaly but clearly we need to excavate the site to identify what that anomaly is, Chief Insp Hutchins said. The parents of the three Beaumont children have suffered significantly over the last 52 years. Det Supt Bray said the latest chapter in the six-decade search had left Beaumont parents Jim and Nancy, now aged in their 90s, without the closure and answers they had long sought. “Sadly this means for the Beaumont family we still have no answers, we still have a lot of work to do,” he said. Det Supt Bray added: “We haven`t had a case with so many people nominated as a person of interest. “Some of those people are considered and discounted. “There`s probably a dozen or so people who we`ve had a more serious look at over time and some of those people are our most notorious and vile criminals.” Det Supt Bray said the outcome of the latest search was disappointing but not unexpected. “I don`t think there`s anybody in the country that doesn`t want to find the Beaumont children,” he said. “I issued a warning at the start of this that we needed to temper expectations and that was for a reason. “It`s disappointing, it`s not surprising, but we`ll continue to work to find the Beaumont children.” Former detective Bill Hayes, who has pursued the case relentlessly for more than a decade, said he had to consciously fight the compulsion to become obsessed with the case. The difficulty is becoming obsessed by it and there is a tendency for that to happen, said the former officer. I made it very clear when I came on board I wouldnt become obsessed with the outcome because that is when you start trying to make the evidence fit. There hasnt been another case like this where three siblings went missing never to be seen again anywhere in the world. A reward of more than £560,000 is on offer for information to help solve the case. Caption Jane, Grant and Arnna Beaumont