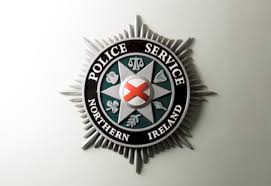 A former loyalist paramilitary commander turned police informant who admitted trying to kill officers has pleaded guilty to 200 terrorist offences, including five murders. Gary Haggarty appeared at Belfast Crown Court amid heavy security as the ex-chief of the Ulster Volunteer Force`s north Belfast Mount Vernon unit repeatedly answered guilty to the litany of charges put to him The pleas marked a significant stage of the long-time informer`s agreement to give state`s evidence against fellow terrorists and were described by the Police Service of Northern Ireland (PSNI) as a “milestone” for the victims and their families. In addition to the five murders, the 45-year-old, who is currently in protective custody, admitted five attempted murders, five attempted murders  including against police officers  23 counts of conspiracy to murder; directing terrorism; and membership of a proscribed organisation. He also admitted assisting offenders involved in a murder bid on fellow UVF terror chief and police informer Mark Haddock. On top of the 200 guilty pleas, Haggarty acknowledged responsibility for 304 other more minor offences  bringing his personal crime tally to more than 500. Those were not listed as formal charges on the bill of indictment but will be taken into account by the judge when he is sentenced. His charge sheet also includes aiding and abetting murder, kidnap, possession of explosives, hijacking, false imprisonment, arson, intimidation and conspiracy to riot. Haggarty, who worked as a police informant during the Troubles, was interviewed more than 1,000 times by detectives in one of the biggest and most complex cases ever undertaken by the PSNI. The investigation covered more than 23,000 pages of transcripts which were presented in evidence. The catalogue of offences stretch over a 16-year period from 1991 to 2007 and include the loyalist murders of John Harbinson, Sean McParland, Gary Convie, Eamon Fox and Sean McDermott. Haggarty is expected to receive a heavily reduced sentence in exchange for his cooperation with the authorities as an assisting offender under the Serious Organised Crime and Police Act. He was initially arrested in 2009 and charged with the murder of Mr Harbinson before indicating his willingness to turn state`s witness. He could walk free after his sentence hearing in September, given he has already served three years in custody  the equivalent of a six-year sentence. Haggarty appeared in court on Friday (June 23) via video-link. He is believed to be living at a secret location outside Northern Ireland. After the hearing, PSNI Detective Superintendent Richard Campbell said the guilty pleas marked a “milestone” for the victims and their families. “It has been a very long, arduous and painful process for these families and I hope today`s proceedings have made a significant contribution to the process of ultimately bringing closure to all the families of the victims of Mount Vernon UVF during that time,” he said. “The PSNI remains committed to moving forward and working with the PPS (Public Prosecution Service) in relation to the next stages of the investigation into Mount Vernon UVF and others who were involved with committing these offences. “My detectives have worked hard over the last seven years to bring justice. I understand the frustrations of the families over the length of time this has taken but I have always said that it was important to take the time to get it right.”