A retired inspector who suffered from anxiety over public speaking jumped 100ft to his death from a motorway viaduct the morning after he saw his daughter get married. 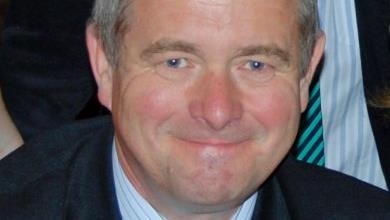 A retired inspector who suffered from anxiety over public speaking jumped 100ft to his death from a motorway viaduct the morning after he saw his daughter get married. Grant Ardern told his wife Deborah, 56, that his daughter Indias nuptials on April 29 were “perfect”. The father-of-three is believed to have been secretly planning to take his own life for several weeks but had decided to wait until he saw India tie the knot with her partner, a coroner was told. Just hours after telling his wife how much he enjoyed the wedding day, the 60-year-old left his family home at 6am dressed in his pyjamas and drove to the M6 Thelwall viaduct near his home in Warrington, Cheshire. His body was later found at the foot of the bridge after a passing motorist spotted him falling. Inquiries revealed that in the run up his death on April 30, Mr Ardern, who worked as a community safety manager, had been suffering from work-related anxiety that had worsened due to him having to speak at a public event, the inquest was told. The former officer who had been in policing for 30 years had previously worked for Cheshire Constabulary  spearheading campaigns against domestic violence before leaving the service in 2008. He had recently been working with organisations across the world and advising them on crime-fighting initiatives. His wife Deborah, a civilian co-ordinator for the Cheshire force, said: “He was so anxious because he wanted to do it, but didn`t want to upset us before the wedding. That`s why I think that he was so anxious and catatonic and mood shifting towards the end. “The night we had come home from the wedding he was so calm and, thinking back, I believe he thought he was ready to go. “He told me how much of a good time he had had at the wedding, how much he loved the children and how much he loved me and that it had been a perfect day. It`s clear to me now that he was saying goodbye.” She added: “He was getting more anxious in the months before Christmas and he was both depressed and anxious. “He decided to go back to the doctor quite a few times in the last six months over small matters that were brought on by the anxiety. “I can only speculate now but I think he was absolutely determined to do what he did, but he was desperate for no one to know about it.” The hearing was told Mr Ardern had attended Warrington Hospital with his son on April 27 complaining of anxiety. Nurse Alex McKennaney told the Warrington hearing: “He said that he had no intention for suicide or self-harm. He confirmed that he was having anxieties about work and discussed that his anxiety was increasing because of having to speak at a public event. “He discussed it with his wife and they made changes which made him feel better.”