A former officer who left the service with post-traumatic stress disorder (PTSD) in the wake of attending the London 7/7 bombings has been given a suspended prison sentence after admitting driving eight miles the wrong way on a motorway. 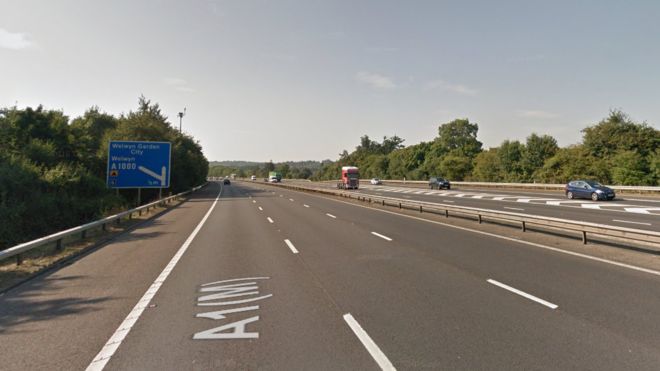 A former officer who left the service with post-traumatic stress disorder (PTSD) in the wake of attending the London 7/7 bombings has been given a suspended prison sentence after admitting driving eight miles the wrong way on a motorway. Motorists travelling north on the A1(M) in Hertfordshire were horrified to see David Parfitts car hurtling south towards them in the same carriageway. A court heard one motorist travelling at 70 miles per hour on the southbound carriageway and heading for London was left in a state of shock when Parfitt, in his Rover, overtook her in the northbound carriageway on the other side of the central barrier. Another driver on the northbound carriageway who saw Parfitts car coming towards him only just managed to get out of the way by swerving onto the hard shoulder. He was to tell police later: I was speechless. On Monday (February 5) at St Albans Crown Court, ex-Metropolitan Police Service officer Parfitt, 49, pleaded guilty to dangerous driving, possessing a quantity of methyl amphetamine and driving while unfit through drugs. The court was told it was in the early hours of December 27, 2016 that Hertfordshire Constabulary started getting calls from drivers who reported seeing the car travelling the wrong way along the carriageway. Prosecutor Stephen Mather said Parfitt drove against the flow of traffic from junction 10, the Baldock service area, down to junction six, the turn for Welwyn, a distance of around eight miles. Other drivers reported the Rover veering from lane to lane as it made its way south on the northbound carriageway. Police attended the area but it was eventually Parfitt himself who stopped the car and was arrested by officers. A roadside breath test proved negative for alcohol, but officers were concerned about his demeanour. His eyes were red and watery and the pupils enlarged, said Mr Mather, and Parfitt was also speaking rapidly. Amphetamines were found in a pocket and a blood test later that night showed a large quantity of methyl amphetamine in his system. In an interview, Parfitt claimed he did not remember his driving and said he thought a drink he had been given earlier had been spiked. The court was told Parfitt had left the service suffering from PTSD after attending the London bombings in 2005 when he picked up parts of bodies during the post-terror attack investigation. He later received mental health treatment for his condition. Judge Jonathan Carroll said the former officer was “lucky” there was not a head-on collision that night. He was sentenced to eight months imprisonment, suspended for 18 months, and ordered to carry out 120 hours of unpaid work. Parfitt was also disqualified from driving for 18 months and told he will have to take an extended driving test before he can get behind the wheel of a car again.