Evidence from the field

Rose Mary Johnston was awarded a Winston Churchill Fellowship to study how body farms are established and considers whether the UK should take a lead on forensics in Europe. 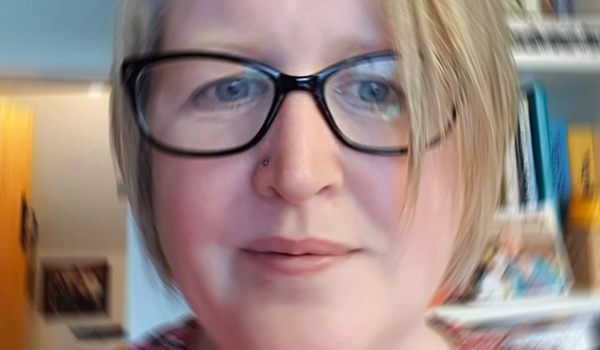 Rose Mary Johnston was awarded a Winston Churchill Fellowship to study how body farms are established and considers whether the UK should take a lead on forensics in Europe. In Franklin Williamson County, Tennessee, just south of Nashville, there is a Confederate cemetery from the American Civil War. In December 1977, the grave of Colonel William Shy was found to have been tampered with, and there was a body on top of Col Shys coffin, which it was thought had been left there within the previous year. The body was initially estimated to have been dead between two and six months. Dr William Bass, Forensic Anthropologist and the head of the Department of Anthropology at the University of Tennessee, Knoxville, was called in to assist in identifying the remains. In January 1978, Dr Bass was able to confirm that the body was that of a white male with brown hair, approximately 5ft 11in tall, weighing 175lbs, and was between 26 and 29 years old. It appeared the male had been dead between six and 12 months, and had died of a wound to the head. On closer examination, however, Dr Bass worked out that the body was in fact that of Col Shy rather than a second male. He was quoted as saying: I got the age, sex, race, height and weight right but I was off on time of death by 113 years. (Nashville Banner, 6/1/78). This error was the impetus for setting up the Forensic Anthropology Centre (FAC) at the University of Tennessee Knoxville (UTK); the original body farm, opened in 1981. A body farm, or human taphonomy facility (HTF), is a research facility that allows anthropologists to study human decomposition in a variety of settings. Before the FAC was opened, research was conducted using pig carcasses, as they were understood to be the closest analogous carcass to a human one. Since then another six HTF research facilities have been set up, including in Texas, Colorado and Southern Illinois, covering the diverse habitats and environments found in the US. What they have found is that the environment and the meteorology of the area can have a direct impact on the rate and manner of decomposition of human remains. Currently, the only body farm using human remains found outside the US is the Australian Facility for Taphonomic Experimental Research (AFTER) at the University of Technology Sydney (UTS), in Australia. It was only opened in 2016, and although it has not published the results of any studies yet, it has directly observed differences in decomposition compared to studies in the US. So why do we not have a body farm in the UK? There is currently a campaign for one to be set up spearheaded by the forensic anthropologist Dr Anna Williams, from Huddersfield University. My Winston Churchill Fellowship was awarded to enable me to visit the FAC in Knoxville and the AFTER facility in Sydney, to research how body farms are set up and run on a daily basis. This research should hopefully help with the campaign to get a body farm in the UK. FAC, University of Tennessee Knoxville Dr Bass opened the FAC in Knoxville in 1981, the first body farm in the world. The facility as it stands now covers nearly three acres close to the University of Tennessee Medical Centre in Knoxville, and has between 150 and 200 donor bodies involved in active research at any one time. The facility is owned and run by the University of Tennessee, with the research conducted by the Department of Anthropology. Some of the research projects at the centre have been suggested by law enforcement personnel as issues that came from reallife cases  for example, if a corpse is hanging, how does this affect the distribution of insects on the remains compared to a body on the ground? There are approximately 4,000 pre-donors  people who have registered to leave their bodies to the FAC for research purposes. Some are even from the UK. When a donor dies the FAC is notified and arrangements are made to collect the body. The FAC will normally only collect a body within 100 miles of Knoxville  any further than that and transportation