Death investigators may soon be able to rely on tiny insect eggs to quickly estimate a corpses time of death, saving time and money on forensic examinations. 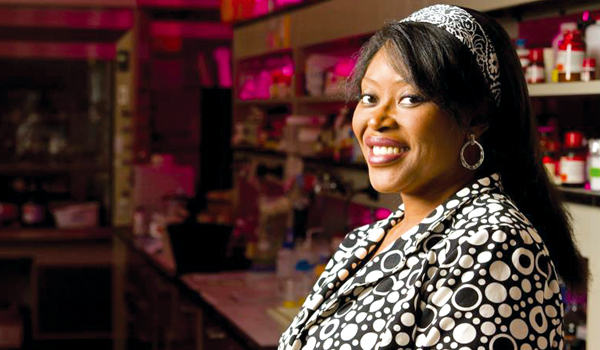 Carrion-eating insects are often the only witnesses in a death investigation. In a body discovered 72 hours or more after death, many of the more common forensic clues for time of death, such as body temperature, skin colour, and degree of rigidity, have reached a plateau and are no longer of evidential value. That is when insects can be most helpful. Forensic researchers have well-calibrated knowledge of different blowfly species growth rates and arrival order, so finding them on a corpse can help to establish time of death to within a few hours. The first step is to identify the particular species present and the current life stage  whether egg, larva, pupa or adult. The entomologists can then use information about the temperature and humidity at the site where the body was found to get a time window for when insect colonisation of the corpse occurred. One particular difficulty is that eggs and larvae of similar species of blowfly eggs are microscopic and not easy to differentiate in terms of the stage of development, even for experts. As a result it is still common practice to take eggs from a corpse and grow them to adults to classify them, a process that can take a minimum of three days and often as long as several weeks. Although there has been work on identifying fly species using DNA profiling, the process is in its early stages and at present is prohibitively expensive to be of practical use. Organic chemist Dr Rabi Musah from the University at Albany in New York has found a way to make the process easier. Her research, published in the latest edition of the journal Analytical Chemistry, relies on mass spectrometry  the determination of masses of molecules within a sample  to rapidly classify blowfly eggs by species based on differences in their amino acid profiles. Dr Musah had previously categorised plants by species using direct analysis in real-time mass spectrometry, a method that quickly measures the masses of a very broad range of molecules with minimal sample preparation, and decided to apply the same technique to insect eggs. Our analysis is the first demonstration of a rapid chemical fingerprint-based method for blowfly species identification from eggs, said Dr Musah. Differentiating insect eggs on corpses is of great forensic importance. Each species has its own development timeline, and therefore species identification of entomological evidence such as eggs can allow estimation of how long a body has been dead. Dr Musah and her fellow researchers used six pork liver traps placed around the Manhattan area to capture six blowfly species: Calliphora vicinia, Lucilia sericata, Lucilia coeruleiviridis and Phormia regina, as well as Sarcophagidae and Phoridae. Each species has its own part in the natural processes of death. The Calliphoridae insects are typically the first to arrive, while the Phorids are present only during later stages of decay. In the laboratory, the trapped blowflies were identified, separated by species and then given fresh liver on which to lay their eggs. Analysis of the eggs, through mass spectrometry, revealed differences in free amino acids between the species. For instance, the six species shared many compounds, including alanine, isoleucine and proline, but some other compounds were particular to species, such as glutamine within the Phormia regina (black blowfly) sample. We want to make the process of insect egg profiling much easier, quicker and cheaper for investigators, Dr Musah explained. Our approach circumvents many of the shortcomings of traditional analysis methods. No sample preparation steps or specialised expertise is required. The eggs can be analysed right away, in the form in which they are collected at a crime scene. She says the method provides near-instantaneous answers to the entomological questions right at the scene of death. Differentiating insect eggs on corpses is of great forensic importance. Each species has its own development timeline, and therefore species identification of entomological evidence