The Government is in talks with the British Vehicle Rental and Leasing Association (BVRLA) over stricter checks on car and van hire in the wake of the Barcelona terror attack. 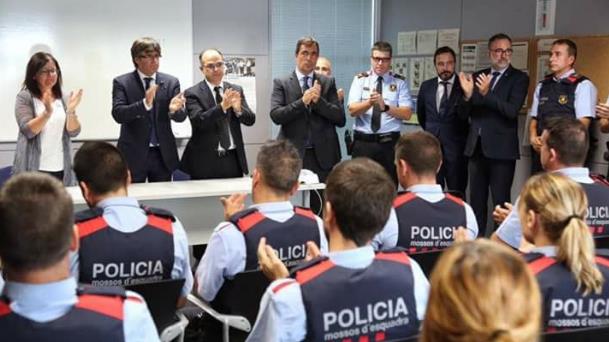 The Government is in talks with the British Vehicle Rental and Leasing Association (BVRLA) over stricter checks on car and van hire in the wake of the Barcelona terror attack. Ministers are holding discussions on possible changes following concerns about the authorities ability to stop vehicle attacks on pedestrians like those seen in Spain last week and recently in the UK, France and Germany. One option could see rental companies share drivers data with the Government so it could be checked against a terror watch list before a vehicle is released for hire, the BVRA told Police Professional on Monday (August 21). Renters may also be asked to provide extra information about themselves in a bid to tighten up security around vehicle hire. Toby Poston, BVRLA director of external relations, said: The industry and its members are working with government and law enforcement organisations to explore ways of sharing information in a more timely and effective manner to help prevent terrorist attacks using rental vehicles and not just respond to them. At the moment we are restricted by data protection regulations, but the police are looking to obtain an exemption from this which could enable authorities to cross-reference rental reservation systems with the counter terrorism watch list, for example. We have to remember that the front desk staff at rental companies are trained to deal with customers, not to identify or deal with terrorists. Our experience shows that these people dont come into rental branches wearing bomb vests and dressed for combat. They look like any other customer and present legitimate ID and credit cards. The vehicle rental industry takes security very seriously and we are doing all we can to support law enforcement organisations in their fight against terrorism. A Government spokesperson confirmed that the Department for Transport is working with forces and the vehicle rental industry to look at tightening up regulations. The threat from terrorism is changing and so must our response, the spokesperson said. The Department for Transport is also working with the police and the vehicle rental industry to explore what more can be done to prevent the malicious use of hire vehicles. This includes looking at what more rental companies could do before an individual can hire a vehicle. The potential for large vehicles to inflict mass casualties was exposed in July last year when a lorry drove through crowds gathered to celebrate Bastille Day in Nice, killing 86 people and injuring scores of others. Then in December 2016, an attacker drove a lorry into a crowded Christmas market in central Berlin, killing 12 people. This year in the UK, vehicles have been at the centre of attacks on Westminster, London Bridge and Finsbury Park. The incidents sparked suggestions van rental could be subject to more stringent checks, while officers appealed for vehicle hire and haulage firms with suspicions about rental attempts to come forward. Khuram Butt, the ringleader of the London Bridge terror gang, had attempted to hire a 7.5-tonne lorry hours before the attack. However, his payment method failed so he resorted to plan B and rented a white Transit van which ploughed into pedestrians as the perpetrators launched their deadly rampage in June. Earlier this year, forces announced plans to step up the use of the National Barrier Asset  a collection of temporary equipment including security fences and gates  to protect crowded events. The Metropolitan Police Service reviewed the security of 33 bridges in and around London and a number were fitted with barriers designed for hostile vehicle mitigation. Guidance for armed officers has also been tweaked, so that firing at a car, van or lorry when it is on the move is now an accepted tactic for incidents such as those seen in Nice and Westminster. On Monday, the manhunt for 22-year-old Younes Abouyaaqoub, suspected of killing 13 people in the Barcelona attack  including seven-year-old Brit