Drink-drive casualties on the rise

Charities have again demanded a lower drink-drive limit after the number of serious casualties reached a three-year high. 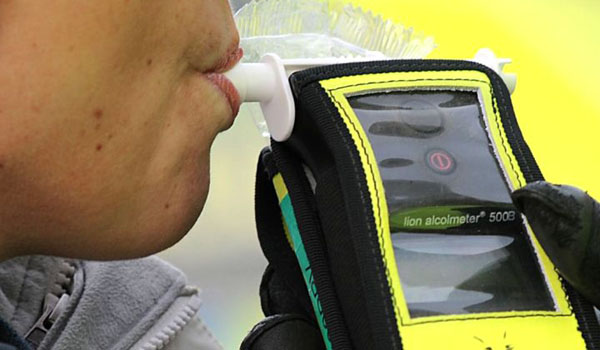 Charities have again demanded a lower drink-drive limit after the number of serious casualties reached a three-year high. Department for Transport (DfT) figures show 1,370 people were killed or seriously injured in drink-drive collisions in 2015, a five per cent increase on the previous year. The total number of accidents with at least one participant over the limit rose two per cent to 5,730, and casualties of all severities rose to 8,470. However, the number of fatal accidents fell to 170  the lowest number since records began  and the overall fatality rate dropped by 40 to 200. Campaigners repeated calls for the blood alcohol limit in England and Wales to be reduced in line with Scotland. RAC road safety spokesperson Pete Williams said the figures are a cause for concern. It is difficult to say whether this is down to a hard core of persistent drink-drivers who appear to believe they are above the law or if drinking and driving is becoming more acceptable to a broader group, he added. We call on the Government to review the drink-drive limit in England and Wales and to draw on evidence from Scotland to review the merits of reducing the blood alcohol limit following their experience. The Government spent nearly £1.8 million on its Think! anti-drink-driving campaign in 2015. Men aged 18 to 34 were more likely to remember seeing media from the campaign, at 65 per cent compared to the 35 per cent across all age groups. However, this age group also had the highest proportion of failed breath tests out of all motorists. The blood alcohol limit in Scotland is 50mg per 100ml of blood  half of that in England and Wales. The Government has refused to lower the limit south of the border as it believes rigorous enforcement and serious penalties for drink-driving are more effective deterrents. The number of convictions for drink-driving offences fell from 53,885 to 42,587 between 2011 and 2015. Meanwhile, traffic officer numbers in England and Wales have reduced by 30 per cent over the last ten years. Jason Wakeford, director of campaigns for road safety charity Brake, said: Selfish drink-drivers destroy lives and inflict appalling suffering on families up and down the country. The drink-drive limit in England and Wales is the second highest in Europe and must be lowered urgently. In addition, savage cuts to road traffic policing must be reversed and enforcement increased to crack down on dangerous drink drivers. A DfT spokesperson said: Drink driving destroys families and ruins lives yet some reckless drivers continue to take the risk and get behind the wheel after drinking. Fewer people died on British roads in 2015 as a result of drink driving in any year since records began. But we are determined to further reduce this number  through our THINK! campaign, enforcement and tough penalties.