Police stations that have stood empty for up to 15 years are to be sold-off to help plug a potential £200 million gap in a force`s “dire financial position”. 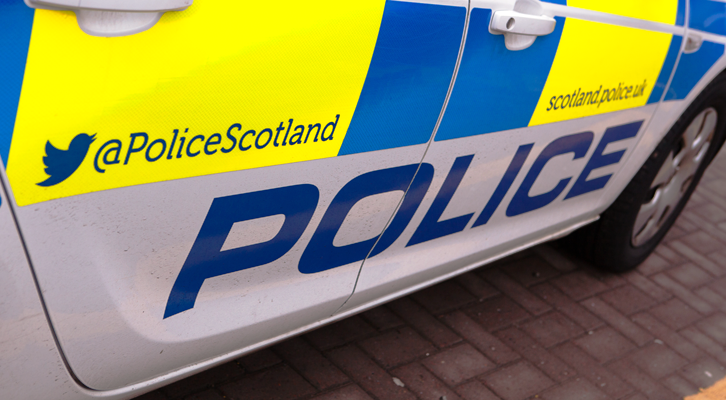 Police stations that have stood empty for up to 15 years are to be sold-off to help plug a potential £200 million gap in a force`s “dire financial position”. Plans have been announced by Police Scotland to put 53 properties out of a complement of 375 on the market  bidding to lose its unwanted tag given to MSPs by Auditor General Caroline Gardner as an organisation in crisis. All but ten of the facilities are no longer used permanently and have previously been shut. The entire `under review` housing stock has been identified by local commanders as surplus to requirements as they don`t perform an “active policing purpose”. The properties have been selected following a detailed review of the Police Scotland Estate Strategy, approved by the Scottish Police Authority in 2015  to ensure its accommodation is “modern, flexible and fit-for-the-future” and to identify what is required to provide the sustainable delivery of excellent policing across the whole country. The review is one of the foundation documents underpinning Policing 2026. The force has confirmed that any officers and staff still housed in the buildings will be relocated, and that a three-month “public engagement” exercise will be undertaken to gauge response to the proposals. The sell off plan is due to go before the Scottish Police Authority for approval on Thursday (September 28). Calum Steele, General Secretary, of the Scottish Police Federation, believes that losing so many stations would inevitably affect the force`s level of service. He said: Taken on face value, the disposal of unused police buildings make perfect sense but lets not kid ourselves that by working out of fewer and more remote police stations we will improve the service to the public. “The simple fact is that the dire financial position facing policing makes it inevitable physical assets have to be disposed of just to be able to deliver the best service possible with increasingly diminished funding. The force is facing a potential £20 million shortfall in funding over the next four years. In addition to the capital receipts from any sales, the potential revenue savings of not having to administer the dozens of properties are put at £1.5 million by the end of financial year 2020/21. The majority of the buildings  an estimated 39  are being earmarked for sale in the 2018/19. Among the stations earmarked to be sold is Pollokshaws in Glasgow, which still operates a counter facility staffed by a single officer, along with Saltmarket in the city centre. Others include Tarbert in Argyllshire, Lochboisdale on the island of South Uist and Shetland airport`s station. Two stations out of nine stations identified in Aberdeenshire  at Dyce and Portsoy  have been empty since 2002. Assistant Chief Constable Andy Cowie, Strategic Lead for Estates Change said that merging Scotland`s traditional police forces into a single body had left a number of buildings surplus to requirements. “Police Scotland inherited a large estate which was based on legacy arrangements. This estate was developed over a significant period of time when demands on policing were very different from current and anticipated future demands. “As Policing 2026 has demonstrated, the demands facing policing and the public expectation of policing in Scotland has evolved over time and will continue to evolve, however the estate, which is crucial to the delivery of policing services, has not evolved and has largely remained as is.” He added: “The review of the Police Scotland estate was conducted to ensure that it is fit for purpose and reflects the changing nature of policing and can support service delivery to local communities. “There are a large number of properties currently empty, or soon to become empty, however they still have associated running costs. Such a position does not provide best value or help achieve financial sustainability. “In order to ensure that we develop policing models that support the needs of each community, we intend to carry out ext