As the service struggles to cope with increased demands and complexity, Chief Constable Simon Byrne suggests the time is right to reshape the current policing model and capitalise on devolution. 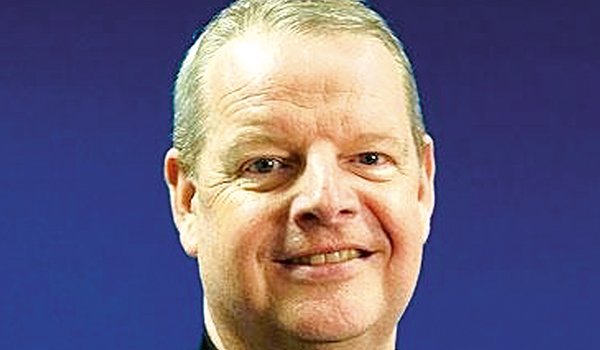 The first principle is that you must not fool yourself, and you are the easiest person to fool. – Richard P Feynman I am, and have been, a passionate advocate of the Peelian Principles, Who can fail to be inspired by the concept of accountability and a role in a civic society, enshrined by the cherished principles of being citizens in uniform. It remains broadly a useful rubric for using in our day-to-day policing models, but while its backcloth has survived the test of time, the world around us has changed dramatically. Arguably, the basic tenant of our policing response remains largely unchanged from the halcyon days of Rowan and Mayne in the 1830s, through to the much vaunted era of Dixon, until the local government reform in the 1970s prompted early attempts at regionalisation and co-terminosity, at least at a county level, outside of the Met. Further drivers for change included radios, the first computers, beat-based mobility to reflect the changing nature of society and being more mobile in vehicles after the infamous Beeching cuts to our railways. Wider social pressures slowly drove further change  our first black officers, a changing role for women in the service, fast-track promotion, new emerging crime at the time, for example the proliferation of drug misuse, and the establishment of regional responses to crime. As crime rose in the 1980s, fuelled by a heroin epidemic, thoughts turned more formally to partnership working to help bring long-term sustainable solutions to some of these underlying problems. Examples in the 1990s were a new approach to community safety that led to the Crime Disorder Act 1998, the emergence of managerialism perhaps best evidenced by the top-down approach to the street crime initiative in the early part of the new millennium. They brought a new type of accountability to policing. Alongside this, the ideas of mergers came and went in the post-millennial decade. Austerity bit and terrorism loomed large for more than a decade, coming into sharp fruition after recent awful events. Fast-forward to the new decade and there is a different language driven by shrinking benefits and the need to prioritise within the lexicon of demand, risk, threat and harm. Neighbourhood policing, itself a new concept, was battered to some degree on the altar of cost-cutting and shrinking officer numbers. Cost-shunting and the general decline in public sector resources versus a changing demographic at the macro level have added to the mix. Further pressure to cut cost, cut crime, catch criminals and manage expectations for the public have led to numerous false dawns for a streamlined hierarchy for policing working at national (Scotland) or regional levels. Personally, the view has been linear and insular. Perhaps the time has come for a re-think. Policing sits at a crossroads  stand still resources, more work, more complexity, failures in social policy, reoffending and burgeoning prison population are just a few of the headlines. Devolution also emerges as the new kid on the block, providing a further iteration of public service reform. Legislation, such as the new duty to collaborate between police and fire, holds a further opportunity, so where is all this going? Let us trip back to Peel and 1829. Largely, policing at its core has remained the same. Prevent things, patrol to be visible, arrest and detect crime, investigate and convict offenders. But is policing just a preserve of the police? Walk down many a high street and see a plethora of uniforms in a guardianship role, for example. Audit those with investigative powers and the list is manyfold. As devolution, aside from the economic/infrastructure reform starts to bite, is the time right to begin the debate to revisit our fundamental policing model? Not from a linear way as I have described, but in a fresh way, while maintaining a local footprint, crucial for so many reasons and brought into sharp focus by the awful events in Manchester and London. Few would argue that 999/response should rema