The Metropolitan Police Service (MPS) has welcomed the dismissal of officers who shared “disgusting” messages on a WhatsApp group. 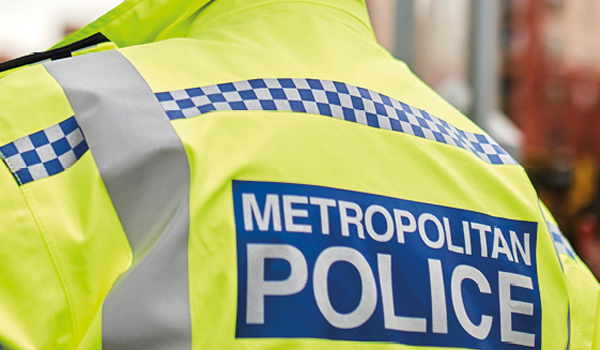 The force said the messages were an “abomination” and brought “deep shame on the police service”.

A gross misconduct hearing on Friday (December 9) made dismissal rulings for six serving and former police officers who were members of a WhatsApp group that exchanged “racist, sexist and other offensive messages”.

It follows an investigation by the Independent Office for Police Conduct (IOPC) into allegations of discriminatory and inappropriate messages sent by police constables from three different forces while they were serving with the MPS.

All were accused of sending inappropriate and/or offensive messages, being part of a WhatsApp group that was being used to exchange them, and also failing to report or challenge the messages they received.

PCs Bailey and Forster were dismissed without notice and the panel ruled that the four former officers would have been dismissed had they still been serving.

All of them apart from PC Forster, who is subject to different regulations, will be added to the College of Policing barred list preventing them from future employment with the police service.

They were all found to have breached police standards of professional behaviour for discreditable conduct; authority, respect and courtesy; challenging and reporting improper conduct; and equality and diversity.

The panel had heard that in excess of 6,000 messages had been shared in a WhatsApp group in 2019, many of which were “shockingly offensive” and included racist and homophobic comments, and derogatory remarks aimed at domestic abuse victims, people with disabilities, and women.

Examples included comments about starving African children eating flies; references to “filthy Feltham” in the context of the area’s diversity, “grooming” of young foreign girls by buying them prawn balls, and the Tasering of children and animals; use of offensive terms such as “mong” and “pikey”, and the comment “they only have to say yes once” in a clear reference to rape and/or sexual assault. A remark about ‘dodgy’ showers at Auschwitz prompted the response “very popular tho. I heard people were queuing up to go in them”.

IOPC Regional Director Sal Naseem said: “The views expressed by these officers do not belong in a civilised society and as we have said before, social media cannot be a hiding place for them whether on a public platform or as part of a private group.

“Behaviour of this kind undermines public confidence in policing and the dismissal rulings by the panel today send out a strong message that it will not be tolerated.

“We will continue to ensure, along with police forces, that this type of behaviour is rooted out and those responsible are held to account for their actions.”

The IOPC’s investigation began following an initial conduct referral from the MPS in April last year. Additional referrals were made by Norfolk Constabulary and CNC in July and August 2021.

“The ‘Bottles and Stoppers’ chat group, as it was called, dated back to February 2019. All the officers involved had previously worked for CNC but had transferred to the MPS when the messages were sent,” said the IOPC.

On conclusion of its investigation last December, the IOPC found a case to answer for gross misconduct for all six officers. A file of evidence was referred to the Crown Prosecution Service which led to former PCs Borders and Cobban being convicted of sending grossly offensive messages under the Communications Act (2003). They were given 12-week custodial sentences last month but bailed pending an appeal.

The IOPC said it is now preparing to publish its investigation report.

Commander Jon Savell, from the MPS’s Directorate of Professional Standards, said: “Anyone with a shred of decency would struggle to read this disgusting language, let alone send it in a message. These words could not be regarded as acceptable by any stretch of the imagination, and these officers should be ashamed.

“We wholeheartedly apologise to all who have been hurt by their disgraceful words and behaviour. They have failed Londoners, communities, and the vastly dedicated, decent majority of the Met. I know colleagues from Norfolk and the CNC will be as appalled as I am.

“These officers – and those who share their views – don’t belong in the Met and we are working to reform. We have increased the size of our anti-corruption command, are appealing to the public to report rogue officers, and have boosted the size of our professional standards unit.

“Reform will take time but we are committed to driving out officers who should not be in the job, restoring trust in the service, and providing the excellent service that Londoners expect.”

The MPS said only one officer challenged a single comment in the entire chain of “highly offensive and prejudiced”.

“They mocked victims of crime and showed disdain for various areas of London which are home to a variety of cultures. The officers made light of serious crimes, made sexualised comments about colleagues, and included racial abuse about a colleague,” said the force.

“They were a disgrace in 2019 and they are a disgrace today. They were wholly inappropriate in any workplace context, but certainly in the police service of 2019.

“They bring deep shame on the police service. The process of repairing the damage to public confidence in policing caused by these six officers’ conduct includes the bringing of these proceedings.”

The MPS said as a result of the IOPC investigation, former PCs Borders, Cobban and Neville were charged with offences of improperly using a public electronic communications network contrary to section 127(1) of the Communications Act 2003.

They stood trial at Westminster Magistrates’ Court in September. Borders and Cobban were convicted and Neville was acquitted.

Cobban, 35, was found guilty of three counts of sending grossly offensive messages on a public communications network contrary to S127 of the Communications Act 2003.

Borders, 46, was found guilty of five counts of sending grossly offensive messages on a public communications network contrary to S127 of the Communications Act 2003.