As results from a national crackdown suggest officers are getting better at identifying people who get behind the wheel after taking narcotics  and drink-driving casualties continue to rise  Police Professional explores whether the time is right to change gear on what counts as under the influence. 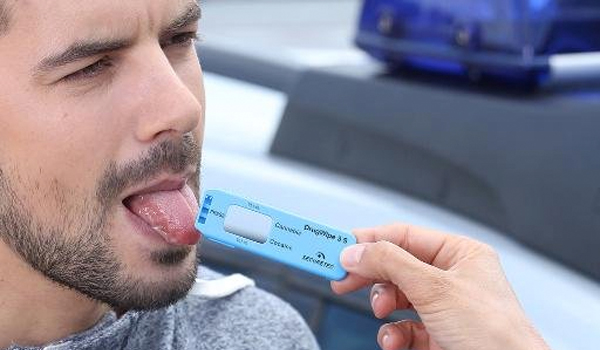 Britain, it seems, is in the midst of a drug-driving epidemic. In a recent month-long crackdown across England and Wales, officers pulled over and drug-tested more than 2,000 motorists. In total, 54 per cent  more than half of all those stopped  had positive readings for banned substances. In 243 of the cases, the driver had been involved in a collision prior to being tested, with 48 found to be under the influence of a banned substance. The rate of positive test results for drugs is far greater than that for drink-driving, with just ten per cent of motorists who took roadside alcohol breath tests during the same exercise found to be over the limit. During a crackdown which took place during the same period last year, only 39 per cent of drivers tested positive for drugs. However, only 38,636 vehicles were stopped in 2017, compared to almost 50,000 in 2016  a fall of 21 per cent. Jayne Willetts, of the Police Federation of England and Wales, said: These figures are worrying. It not only shows that the number of drivers being stopped has fallen but positive drug screening tests have increased at an alarming rate. Assistant Chief Constable Steve Barry, from the National Police Chiefs Council roads policing portfolio, said: We are committed to enforcing the law to educate people about the penalties they face and the serious threat to life presented by this irresponsible and dangerous behaviour. While we continue to see benefits of new drug driving laws and testing kits resulting in more detections, the scale of this problem remains a real concern for police. According to the Department for Transport, drug driving is responsible for about 320 deaths and serious injuries on the roads every year. It estimates that one in six drivers killed in road accidents had taken illegal drugs. The past few weeks have seen a number of individuals convicted of driving under the influence of drugs pass through the courts. For example, earlier this month, Sylvia Brown of Cranbrook, Kent, was jailed for two years after falling asleep behind the wheel and crashing into another car due to a combination of cannabis and prescription drugs. The following day, Simeon Denny was jailed for five years after causing the death of a woman in Harrogate after consuming cannabis and alcohol. The huge surge in the number of drivers being caught follows the introduction of the drugalyser devices, which use a saliva swab to allow officers to identify substances within minutes. The kits can detect up to 17 illegal drugs such as cannabis, cocaine and ecstasy, as well as prescription drugs typically used for insomnia or anxiety that have been taken above prescribed doses. The roadside kits were introduced in March 2015 in the wake of new legislation to tackle the problem of drug driving, which until then had not been punishable under a specific offence. Under the old system, motorists had their eyes examined for signs of dilation and were ordered to walk in a straight line and balance on one leg with their eyes closed. Officers then had to summon a doctor to conduct blood tests at a police station, by which time the drugs could have left the drivers system. Cocaine and cannabis  the most commonly used drugs  can now be detected within ten minutes. Similar laws and roadside testing devices are set to be introduced in Scotland in 2019. Identifying the precise factors behind the apparent rise in numbers is anything but straightforward. A recent crackdown on drug driving in New South Wales, Australia, saw the number of charges rise by 320 per cent in the course of a year. A report produced by the Bureau of Crime Statistics and Research published last week concluded: It seems likely that the increase in charges is a reflection of increased law enforcement activity rather than an increase in actual drug driving. Despite the vast growth in overall numbers, levels of enforcement of drug driving offences vary enormously across the country. Last month a BBC investigation found that some forces were making tho