Custody suites have been updated and made much safer in recent years but failed to provide for womens basic needs, according to custody visitors. Police Professional looks into the issue and talks to one force that is making feminine requirements a national topic of conversation. 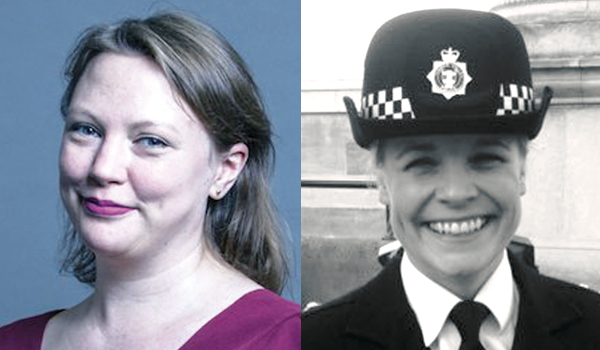 In 2016, volunteers at the Independent Custody Visitors Association (ICVA) received a startling report. Police had detained a woman and dressed her in a paper suit after confiscating her clothes. However, despite being on her period, requests for underwear that would enable her to have some sanitary protection were refused. Officers also failed to consider the possibility of supplying her with a tampon, or returning her clothes and increasing monitoring on her cell. As a result, she was left alone, bleeding in a cell. Incidents like this are not uncommon. A recent ICVA review found that across the country, the needs of menstruating women in police custody were frequently being overlooked, placing their dignity and privacy in jeopardy. The organisation claims that suites regularly have limited supplies of sanitary towels and tampons, poor access to facilities like sinks or showers, and CCTV cameras that are active in bathrooms. According to Chief Executive Katie Kempen, conditions in some police stations may be so bad that forces are at risk of breaching human rights laws, leaving them vulnerable to a successful legal challenge. The generally poor state of data on custody attendance makes it difficult to get a clear picture of how bad the problem of sanitary provision might be. Assistant Chief Constable Nev Kemp, custody lead for the National Police Chiefs Council (NPCC), claims there have only been a very small number of detainees affected by inadequate sanitary protection. However, from its own experience of cells, the ICVA disagrees. We dont even know how many women go through police custody, said Ms Kempen. If we dont even know that, we certainly dont have any decent data on how many of them have requested sanitary products, or how many have been offered them. However, we have enough evidence to suggest there is a significant but hidden problem. Although there are definitely some areas with good work in place, actually its the minority who comply with all of the authorised professional practice (APP) guidelines. Left in indignity While the exact figure has been difficult to determine, it is estimated that approximately 100,000 women are arrested and detained in custody each year. Assuming that they are of the right age, approximately 25 per cent of these women will need a sanitary product while in police detention  but the chance of them receiving any varies wildly across the country. One senior officer who spoke to ICVA volunteers described the quality of service in their force as woeful. From the organisations findings, it is not difficult to see why. Custody suites often have limited supplies of tampons and towels, and those they do have tend to be of just one absorbency, leaving many female detainees with products that are not sufficiently absorbent or are uncomfortable. Another visit found the supply of tampons in a forces store beyond their expiry date and potentially capable of causing fatal toxic shock. Detainees also regularly encounter barriers to accessing sanitary products. Several forces, including Sussex Police, Lancashire Constabulary and South Wales Police, have been criticised by Her Majestys Inspectorate of Constabulary and Fire and Rescue Services for not routinely asking women if they wished to receive a feminine hygiene pack. Often, officers seem to expect that packs should be offered only if the detainee proactively requests one, but the lack of privacy in busy custody environments can discourage women from raising the issue. This problem is compounded by the limited availability of female officers and staff, as detainees can be reluctant to ask male custody officers for hygiene packs. As a result, the ICVA claims some women feel they simply have to make do and are left in indignity. CCTV presents another challenge to privacy. A minority of forces were found to have unobscured cameras in their cell toilets, and if the cameras were pixelated, detainees were not routinely informed of this. One woman told an ICVA visitor that she h