A new system of online crime reporting and digital contact has been unveiled by Hertfordshire Constabulary to allow its control room to focus on truly urgent 999 calls. 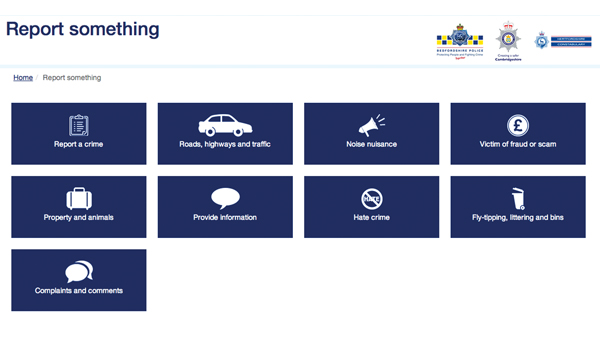 A new system of online crime reporting and digital contact has been unveiled by Hertfordshire Constabulary to allow its control room to focus on truly urgent 999 calls.

It follows public demand for more ways to contact the police, and the new technology now makes it possible to report non-urgent crimes online, as well as giving information about crime in the community.

As well as live web chat with police staff in the control room, crime can also be reported directly on the forces website.

The force says since a pilot began in January, the service has already seen the number of crimes reported this way increasing daily.

Chief Constable Charlie Hall said: We are encouraging people to click before they call, as the information they need may actually be readily available online, and if not then our web chat agents will be on hand to help. By expanding our online services were reducing the pressure on our control room, which means that they can focus on those truly urgent 999 calls.

This is an additional service, which will benefit the public and the police  making it easier to contact our officers while prioritising emergency calls. Even more online services will become available in the near future, enabling greater choice and this is to be welcomed, he added.

A video showing how to use the new service is available on the Facebook and YouTube channels of the constabulary and the PCC, and will be shared with the OWL (crime reporting) network.

Other functions include online intelligence, which enables information to be digitally submitted.