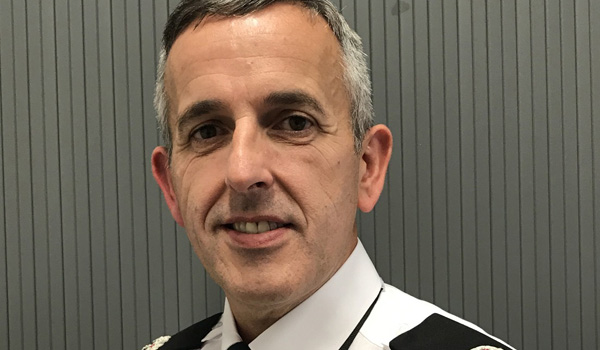 A detective chief superintendent has been appointed Humberside Polices new deputy chief constable, becoming the second person to skip the assistant chief constable (ACC) rank this year. Chris Rowley joins the force from West Yorkshire Police, where he has worked as head of the Yorkshire and Humber regional organised crime unit. Last year, he was transferred to South Yorkshire Police as a temporary assistant chief constable to help ensure stability in the aftermath of former Chief Constable David Cromptons suspension. He replaces Garry Forsyth, who left to become DCC of Bedfordshire Police in August. Announcing the appointment, Humbersides Chief Constable Lee Freeman said: Chris was selected from four strong candidates and I know his skills and experience will assist me hugely in ensuring that we continue to improve the policing we provide with our communities. Chris clearly shares my passion for place based policing, and I know he is committed to ensuring that our communities across Hull, East Yorkshire, North Lincolnshire and NE Lincolnshire will be benefit from this approach. Mr Rowley was responsible for introducing predictive policing to West Yorkshire and was behind the creation of the forces Force Performance Improvement Unit. In July 2016, he was chosen to support chief officer resilience in South Yorkshire Police in what police and crime commissioner (PCC) Dr Alan Billings described as a very turbulent period for the force. His new appointment comes just months after another chief superintendent skipped ACC rank to secure a new promotion. In May, Sunita Gamblin was chosen as Lancashire Constabularys new DCC after passing the Strategic Command Course (SCC) earlier this year. Mr Rowley undertook the SCC in 2016. He said he was hugely honoured and excited to have been chosen and is looking forward to the fantastic opportunity ahead of him. Humberside PCC Keith Hunter said: Im delighted that the chief constable has chosen his candidate for the key position of deputy from a strong field, indicative of the renewed confidence in Humberside Police. I look forward to working with Chris and the chief to build upon that confidence and really deliver for the people of this area.