Officers from Derbyshire Constabulary have become the first in the country to test a new virtual reality platform to help train in the use of Taser devices.

The state-of-the-art system sees officers placed in a number of different scenarios through the use a virtual reality headset.

AVRT, the company behind the program, has been working closely with the Taser training team based at the force’s headquarters in Ripley to develop the product – and now the team are helping trial it with a view to it becoming a national training product.

Taser training manager for Derbyshire Constabulary, Pete Moss, said: “The program that has been developed by the AVRT team really is a game-changer for our training of officers in the use of Taser.
“The realism really does have to be seen to be believed and the work the AVRT team have done to ensure that officers are able to use the same equipment they would when they are out on patrol has been absolutely outstanding.

“Being able to put officers in realistic situations – rather than the staged ones we set up as usual – really does take the training to a new level. With this we can help give officers more time in scenarios, which means they are even better prepared should they need to use a Taser in a critical moment.”

The AVRT team debuted the program to the force – as well as a number of officers from other forces – and over the next three months will put the software through its paces.

Project manager and co-founder of AVRT, Andy Higgs, said: “We really do believe this new program offers significant benefits to the police service and to the public through better trained police officers.

“We are really interested to see how the force adapts over the coming months, covering initial police officer Taser training courses to assess the suitability of V-Learning for this type of training and beyond.

“The advantages are clear – with better assessment of actions, greatly reduced risk in training sessions, enhanced realism vs traditional training methods, and greater repeatability and flexibility of training sessions.”

On top of the training benefits the force also stands to save significant amounts of money. Mr Moss, said: “First and foremost the program offers some huge benefits for the training of officers.

“But a by-product of the new training is that, due to fewer Taser cartridges being used, there is the possibility of saving the force tens of thousands of pounds.” 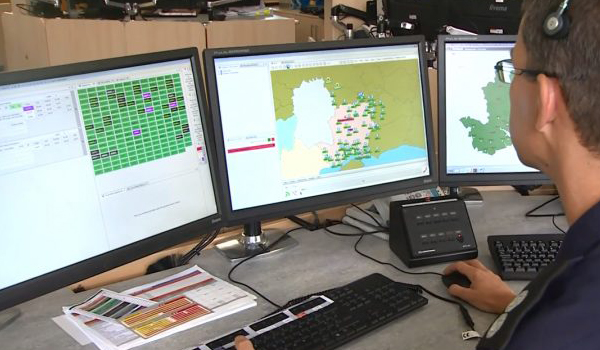