Derbyshire Constabulary has improved but more to be done, says HMICFRS

The latest inspection report from His Majesty’s Inspectorate of Constabulary and Fire and Rescue Service (HMICFRS) has found that Derbyshire Constabulary is continuing to make progress, but “there is much more to be done”. 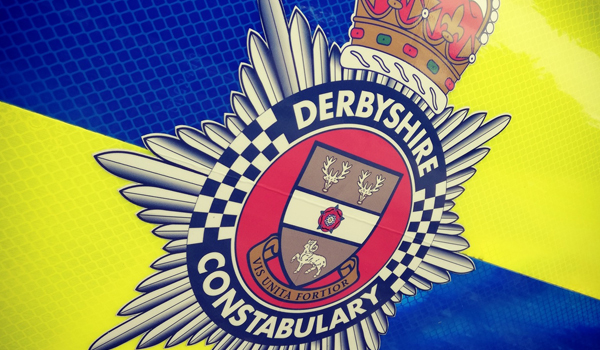 Inspectors graded the force’s performance across nine areas of policing and found it was ‘adequate’ in four areas and ‘requires improvement’ in five.

His Majesty’s Inspector of Constabulary Roy Wilsher said: “I recognise the current leadership’s work on improvement, but I have some concerns with aspects of the performance of Derbyshire Constabulary in keeping people safe and reducing crime. There are areas where the force still needs to improve. I do not underestimate the difficulty caused by the constabulary’s legacy issues, such as a lack of policy, governance, and performance scrutiny.

“We spoke to many staff who said they felt disconnected from the organisation and it is not proactive about wellbeing and support. The constabulary should improve how it manages the training and development of its workforce – staff need to know what is expected of them, to feel included and make sure the public are treated fairly.

“While I acknowledge the good work officers and staff have already carried out in other areas to keep the public safe, I look forward to monitoring the force’s progress towards addressing the areas I have identified for improvement.”

Chief Constable Rachel Swann said the inspection had come at a “time of significant challenge and change across Derbyshire Constabulary”, with many processes “beginning to be embedded and teams being redefined to provide a consistent service”.

She said: “I welcome the inspection from HMICFRS who recognise the progress we have made and acknowledge the clear plans we have in place to get us to where we need to be.

“There are a number of areas of improvement that have been highlighted in the report, some of which we are already taking steps to progress, and others which will be delivered shortly.

“From January there will be a full implementation of a Crime and Intelligence Directorate, which brings together resources and increases supervision to ensure a force-wide approach to improving our investigations across areas including rape and serious sexual offences, child protection and domestic abuse.

“There continues to be investment in our control room, with new technology, improved processes, increased resources and training to better manage demand and ensure those who call us in their time of need get help in a timely and consistent way.

“This is already seeing improvements, which will continue as more people join the department.

“The force is delivering against its Uplift police officer recruitment targets, which means the vacancies in our safer neighbourhood teams will be filled in the new year, strengthening our commitment to maintaining our neighbourhood policing footprint and other resources will be dedicated to frontline roles.”

Ms Swann added: “The inspectors from HMICFRS are confident that the leadership and processes that we have in place will address a number of the areas that they have highlighted, and I know that my officers and staff are extremely committed to serving the public of Derbyshire.

“There are already plans in place to improve our management of outstanding suspects and offenders, and we will be looking to maximise the wealth of data that we have available to us.

“We are working hard to ensure continuous improvement; and will be bolstering our frontline, focusing on local policing and taking action when calls for service are needed.”

The inspection, which took place earlier this year, found:

Derbyshire’s police and crime commissioner (PCC), Angelique Foster, said: “While it is encouraging to see that the force has made progress, it is clear that there is still much more to do.

“I have discussed the inspectorate’s findings with the chief constable and she has confirmed her commitment to delivering the improvements necessary to boost the constabulary’s performance.  I am confident that she will deliver those improvements having witnessed the significant progress she has driven to date.

“The requirements set out in my Police and Crime Plan aim to drive that programme of work. For example, the call for improvement to the way the force engages and communicates with our communities, the standard of service that victims of crime should receive from the first point of call or the need to recruit and effectively train and equip more officers are clearly presented in my Plan and it is the responsibility of the chief constable to deliver on this.

“The 283 extra officers recruited recently will strengthen the neighbourhood policing teams; helping to restore strong local policing which is a key expectation in my Plan. I have also provided additional resources to boost the constabulary’s performance in key areas of service delivery and I know that many of the improvements supported by this investment are currently being implemented.

“However, the report identifies five areas as ‘needs improvement’ which is still not acceptable and I have made it clear to the chief constable that the public need to see the standards in these areas significantly improved.”

Ms Foster added: “Since being elected as PCC, I have continually increased scrutiny and performance monitoring of Derbyshire Constabulary.

“This report will form part of the performance monitoring I undertake and help drive up service standards further.

“In my view, the pace of improvement must be increased, without sacrificing efficiency. This is critical to public trust and confidence in the police service.

“As commissioner, I will monitor the implementation of the report’s recommendations and other service enhancements planned by the force. I know that some of the work undertaken by the constabulary earlier this year, such as the creation of a dedicated missing person team to combat the risk of young people being exploited, or the recruitment of more police officers to strengthen neighbourhood policing teams’ will help improve standards.

“I have asked for a clear timeline by when I can expect to see further positive outcomes.

“It is the constabulary’s job to keep people safe and ensure they feel safe.

“Like the public, I want to see an efficient and effective police service and I will be monitoring progress to make sure that we get the high standard of policing that we expect and deserve.

“There is still much more to do and the standards of policing must continue to improve.”