Ireland`s top officer has sent shockwaves through policing in the republic  leaving the post after an “unending cycle” of scrutiny amid efforts to rectify the failures and mistakes of the past. 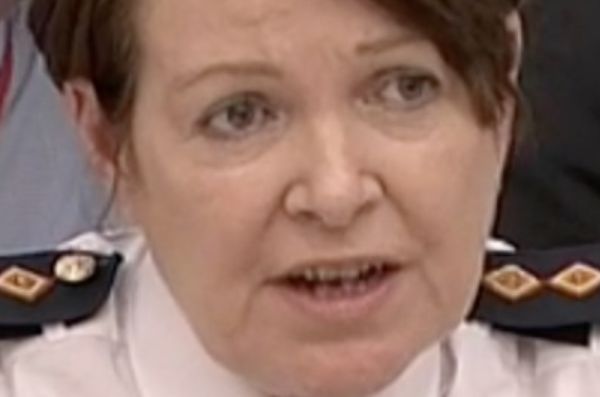 Ireland`s top officer has sent shockwaves through policing in the republic  leaving the post after an “unending cycle” of scrutiny amid efforts to rectify the failures and mistakes of the past. The decision by the first female Garda Commissioner since the formation of the state nearly 100 years ago is in the “best interests” of the force, according to Taoiseach Leo Varadkar. Commissioner Noirin O`Sullivan`s retirement after 36 years with the service comes as Ireland`s policing is undergoing huge changes in its direction on policy and oversight. It is only four months since former Minister for Justice Frances Fitzgerald announced the 11-strong membership of the new Commission on the Future of Policing in Ireland  chaired by Seattle Police Chief Kathleen O`Toole, a former Chief Inspector of the Garda Inspectorate, and including ex-Cheshire and Greater Manchester Police Chief Constable Sir Peter Fahey. The independent commission is tasked with examining the structure of An Garda Síochána, the culture and ethos, recruitment, training and management. An issue that might come into play for the next commissioner is whether or not security should be removed from the Garda and a new agency set up. Accountability in the force will also be tested as will whether the relatively new Policing Authority and the Garda Síochána Ombudsman Commission (GSOC) should be given more powers. In the midst of all this, Ms O`Sullivan has faced calls to step aside following questions over how she dealt with officers massively inflating the number of breathalyser tests carried out and police whistle-blowers. She said: “It has become clear, over the last year, that the core of my job is now about responding to an unending cycle of requests, questions, instructions and public hearings involving various agencies including the Public Accounts Committee, the Justice and Equality Committee, the Policing Authority, and various other inquiries, and dealing with inaccurate commentary surrounding all of these matters. “They are all part of a new, and necessary, system of public accountability. “But when a commissioner is trying, as I`ve been trying, to implement the deep cultural and structural reform that is necessary to modernise and reform an organisation of 16,000 people and rectify the failures and mistakes of the past, the difficulty is that the vast majority of her time goes, not to implementing the necessary reforms and meeting the obvious policing and security challenges, but to dealing with this unending cycle.” Mr Varadkar said Ms O`Sullivan`s decision was “made in the best interests of An Garda Siochana and ensuring that it can focus on the extensive programme of reform that is now underway”. Deputy Commissioner Dónall OCualáin, Ireland`s next most senior officer, has stepped in as acting commissioner. A critical report on the scale of fake breath test reports by gardai found 1.5 million fake drink and drug-driving checks were logged on force systems from 2009 to 2016, prompting calls for the commissioner to be sacked. The report said that, based on an analysis of a random sample, between 106,177 and 318,530 breath tests were inflated  corresponding to between seven per cent and 22 per cent of the overall number of false breath tests. The report, conducted by Assistant Commissioner Michael OSullivan, established that 3,498,400 breath tests were recorded on Pulse between June 2009 and April 2017  but that only 2,040,179 breath tests were recorded on the Drager devices used. Official statisticians previously raised concerns about crime data and said almost a fifth of all crime reported is still not recorded on the Garda`s systems. In June this year, Garda IT specialists admitted scores more people have been killed in Ireland than official figures have claimed over the past decade and a half. The breath test debacle prompted the Irish government to introduce the new commission similar to that reforming policing in Northern Ireland. New Justice Minister Charlie Flanagan said he w