With the second Police ICT Summit less than two weeks away, a report by the industry body techUK has highlighted how digital policing can transform crime-fighting and save forces millions of pounds. 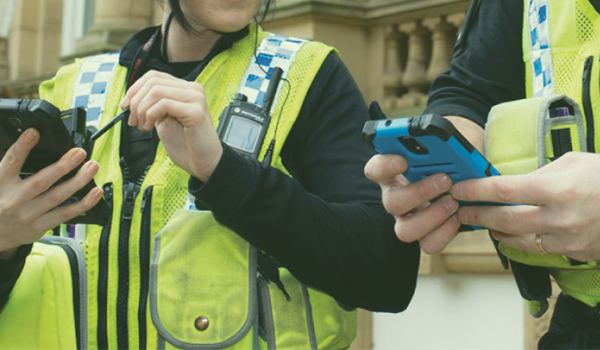 With the second Police ICT Summit less than two weeks away, a report by the industry body techUK has highlighted how digital policing can transform crime-fighting and save forces millions of pounds.

And the less time the police spend driving to collect DVDs of CCTV footage the more time they can spend out on the beat protecting the public, says techUKs report.

Similarly, live-streaming of CCTV footage into control rooms and monitoring stations could dramatically reduce the £72 million that false alarms cost each year.

Remote verification of alarms would not only save time and money, it would improve situational awareness for first responders, the benefits of which are obvious when thought about in the context of the Hatton Garden heist or during public safety emergencies, it suggests.

Henry Rex, programme manager for justice and emergency services at techUK, explained: In the Home Offices Modern Crime Prevention Strategy, the Government has rightly identified the significant role that technology can play in modernising how we tackle and prevent crime.

With initiatives such as the Digital Policing Board and the Police Transformation Fund, great strides have been made to ensure police are well equipped to tackle crime in the digital age. However, more needs to be done. Whether its accessing and embracing transformational technologies or developing the right digital skills set for officers, police must work with government and industry to ensure they are best-placed to take advantage of innovative technology.

Police ICT Company chief executive Martin Wyke says people recognise that no one force, organisation or supplier can create the change on their own.

They all need to see how they fit into the new eco-system, and understand that it has to be delivered through partnering, whether that is for solutions, innovation, thinking, services, resources or anything else, he explained (see PP536).

The techUK report outlines its vision for a technology-equipped and digitally skilled police service and makes clear recommendations on the tools that police forces, businesses and citizens can use to prevent crime.

As the nature of crime changes, how we fight it must change too, says techUK. It wants to see:

Live-streaming of video footage to save police time and money, and improve situational awareness and officer safety. For example, the ability to view CCTV

footage remotely saved lives during the Porte de Vincennes siege in the wake of the Charlie Hebdo terrorist attack in France in 2015.

Proliferation of digital identity technologies to improve online safety and reduce the impact of cybercrime;

Police adoption of cloud-based systems to improve accessibility to data and systems;

A comprehensive and structured approach to address the digital skills gap in policing; and

A smarter approach to procurement to ensure that government and police forces are better able to access innovation.

1.A national training scheme, accredited by the College of Policing, to give all officers a rudimentary understanding of digital intelligence and investigations;

2.Equip all frontline officers with a digital toolkit or similar resource, accessible via handheld devices, which would explain in an easily digestible format the various procedures for dealing with digital evidence;

3.For specialised operations, the Home Office should establish a framework for