The decision to drop a case in which an officer was seriously assaulted and left concussed has been condemned as “absolutely disgusting” by Leicestershire Police Federation. 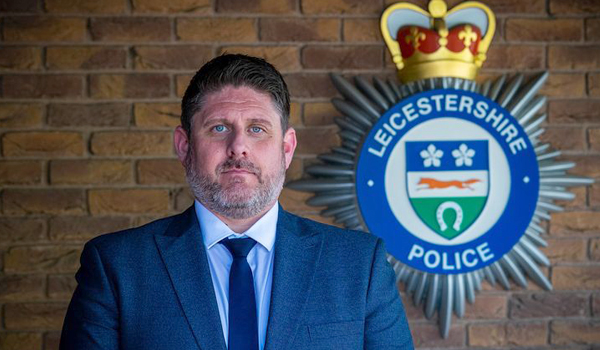 Federation chair Adam Commons said the Crown Prosecution Service (CPS) had decided it was “not in the public interest” to pursue the case.

He said the Leicestershire Police officer who had been assaulted only found out over email that the case had been dropped.

“I am furious,” said Mr Commons. “The CPS has absolutely no right to make a decision of this magnitude without speaking to the officer and either explaining their rationale or taking any further information into consideration.

“This smacks of a ‘can’t be bothered’ attitude, and there is no place for this in the criminal justice system. Our police officers are the heroes that people call to protect them, and yet there is no protection for them when they are viciously assaulted.”

Mr Commons said the incident happened in April this year, when the officer was searching for a high-risk missing person.

When the officer located the missing person and tried to detain them, as there were serious concerns over their welfare, the individual punched the officer twice to the side of the head and then struggled during arrest.

The officer began to feel sick and dizzy after the incident and attended hospital, where they were diagnosed with concussion and a broken finger from the struggle.

Mr Commons added: “Police officers do not go to work to be assaulted, they do their job to protect our communities and bring people to justice.

“What message does it send to the country when our protectors are ignored?”

He said figures show that 893 Leicestershire Police officers were assaulted in the past financial year.

A spokesperson for the CPS said: “No police officer should be subjected to violence, which is why the CPS deals robustly and appropriately with those who commit offences against them.

“This case involved a vulnerable child under 16 with no previous convictions who fully admitted to what they did and is willing to work with local youth offending services to address their behaviour.

“As a result, the CPS decided the best course of action was a youth conditional caution.

“We sent a letter to the victim explaining how we came to this decision. We accept our first contact with them could have been clearer and are working to improve how we communicate with victims in future cases.”

Under a youth condition caution, a local youth offending team will implement measures to prevent reoffending. If the young person fails to comply, the matter can be referred back to court and be cited in future proceedings.

The CPS said it takes assaults on emergency workers “very seriously”, adding: “In the last four years, we have prosecuted 50,000 cases in England and Wales. Of those, 42,000 resulted in a conviction – a rate of 84 per cent.”