A team of medical doctors and computer engineers at the University of California, San Diego, has developed an advanced machine learning technology that mines the popular social media platform Twitter to identify entries linked to the online sale of illegal Class A prescription drugs. 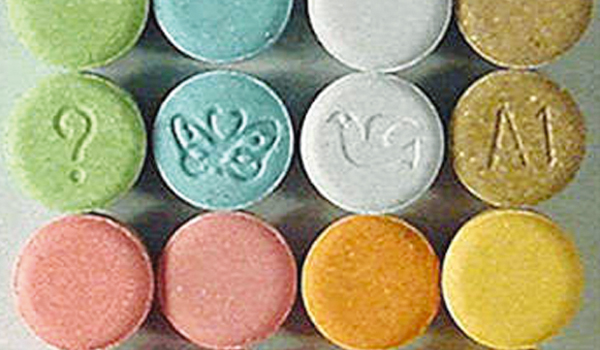 And it believes the same techniques could eventually be used to target illegal drug trafficking and other online criminality in real-time. Writing in the latest issue of the American Journal of Public Health, the researchers behind the study said: As evidenced by our findings, extremely questionable vendors are advertising highly-addictive controlled substances and selling them directly to consumers via Twitter without the necessary oversight of a clinician, regulatory agency, state public health or law enforcement agency. Thus, it appears that Twitter represents a viable modality for criminal actors to engage in the illegal marketing and sale of prescription controlled substances online, despite laws in the US and other countries specifically prohibiting these practices. Over a five-month period, the team studied almost 620,000 tweets containing keywords such as fentanyl, codeine, Vicodin and Oxycontin. Possession of fentanyl or any of the listed substances without a prescription is punishable by up to seven years in prison and an unlimited fine in the US, while supplying such drugs to others can result in a life sentence in prison. The number of tweets linked to selling drugs was around 1,778. Of these, 1,608 featured embedded hyperlinks to sites where the drugs could be purchased. Most of the sites had foreign addresses, with many linked to Pakistan, which has a long history of sourcing and exporting fake and counterfeit medication, said the researchers. Only 46 of these links remained active at the time of the analysis, which took place several months after the data had originally been collected. The delay probably resulted in a higher percentage of signal data with dead hyperlinks, suggesting that our methodology is most effective when used with real-time data as opposed to retrospective data, said the reports authors. Our studys methodology can also be adapted for other approaches aimed at detecting small volumes of Twitter discussions that may be associated with criminal health-related activities. In addition, other social media providers can use it to find or prohibit content that is illegal or violates laws to ensure consumers have a safer experience online. The research is the latest to highlight the growing trend of digital dealers using social media apps, unlike cyber dealers operating on the so-called dark web who prefer to operate with greater anonymity and avoid all physical contact with their customers. Earlier this year it emerged that potentially addictive prescription drugs were being sold on Facebook, while dealers selling cannabis, cocaine and ecstasy were found to be using other social media apps, including Snapchat and Instagram, to connect with buyers. In many parts of the country these drugs are also being sold through the controversial classified advertisement website, Craigslist. Several listings seen by Police Professional include pictures of drugs such as cannabis, MDMA (ecstasy or Molly) and speed, and include contact details, such as mobile phone numbers and usernames for Kik Messenger, a mobile phone app similar to WhatsApp but favoured by those wanting anonymity as it does not require users to supply their mobile phone number or use real names. One listing advertises peng lemon bud for £20 with the seller requesting payment by cash only, adding: I do bags and weight. Message me on Kik Messenger. Peng is slang for good and bud is a term for cannabis. Lemon cannabis is a flavoured form of the drug. Other substances on sale are disguised as genuine products, such as car parts and sports equipment, enabling dealers to bypass Craiglists terms and conditions, which strictly prohibit the sale of illegal substances. For example, several listings, which include pictures of cannabis and other drugs, state the items are supplied with an MOT until March 2018 and alloy wheels. One listing adds: Gear your spirit high and low by hitting the Kik app. Social media platforms make it much easier for dealers to access children