Cyber security topped the list of threats to the UK in the recent national security strategy review.

Cyber security topped the list of threats to the UK in the recent national security strategy review.

According to security experts, cybercrime and cyber terrorism are here to stay and have the potential to cripple a nations economy, critical infrastructure and military with the touch of a button unless serious steps are taken to contain and mitigate the threat.

If the European Council of Ministers gives the go-ahead, inside three years the EU will have its own dedicated anti-cybercrime centre to improve Europes handling of what is seen as a growing issue by a range of member states, particularly the UK.

The UKs national security strategy  A strong Britain in an age of uncertainty: The national security strategy  has identified cyber attacks as a Tier 1 threat, the highest level of risk, alongside international terrorism, international military crises and major accidents or natural hazards; while Sir Paul Stephenson, Commissioner of the Metropolitan Police Service (MPS), has said that traditional organised crime in Britain was waking up to the profits and uses of e-crime.

Interpol Secretary General Ronald Noble has even warned that cybercrime may be one of the most dangerous criminal threats ever.

He has called for law enforcement worldwide to develop an international identity verification system to coordinate against the very concrete security threat of cybercrime.

Considering the anonymity of cyberspace, cybercrime may in fact be one of the most dangerous criminal threats ever. A vital component in fighting transnational crime must therefore include the policing of information security and the provision of secure communication channels for police worldwide based on common standards, said Mr Noble at Interpols first-ever Information Security Conference in September.

The EUs new anti-cybercrime centre is likely to be a part of Europol, the European arm of Interpol. It will focus on the prevention of, and investigation into, all sorts of criminal activity conducted over the Internet, from hacking to extortion.

We must adapt to the digital reality and take on the challenge of cybercrime, said European Commissioner for Home Affairs, Cecilia Malmström. Today, you dont need a bomb to attack a nuclear power plant. You dont need a gun to rob people. The Internet gives criminals new opportunities to attack critical infrastructure and steal money from our bank accounts.

It is our job to ensure that they do not succeed.

The initiative will have both a European and a country aspect. At the former level, local so-called computer emergency response teams will be expected to feed intelligence into the centre. At the local level, member states will be encouraged to ensure common standards among their states police, judiciary and forensic investigators, liaise with relevant bodies to develop their own national cybercrime awareness and training and possibly set up centres of excellence at their own national level, or in partnership with other member states.

A new EU-wide European information sharing and alert system, EISAS, may also be set up.
The proposals are part of the Commissions EU Internal Security Strategy in Action report, which also contains proposals on tackling terrorism, strengthening Europes borders and improving disaster response.

At Interpols 79th General Assembly recently, there was unanimous endorsement for establishing a new global complex to provide cutting-edge research and development facilities for all 188 member countries to boost police capability in tackling cybercrime.

In the US, Internet users have filed two million complaints about alleged online criminal activity with a special office set up by the Federal Bureau of Investigation (FBI) and the National White Collar Crime Centre.

The complaints range from identity theft to the unauthorised use of credit cards or bank accounts, with total losses of at least 1.7 billion dollars.

The surge in complaints reflects the contin 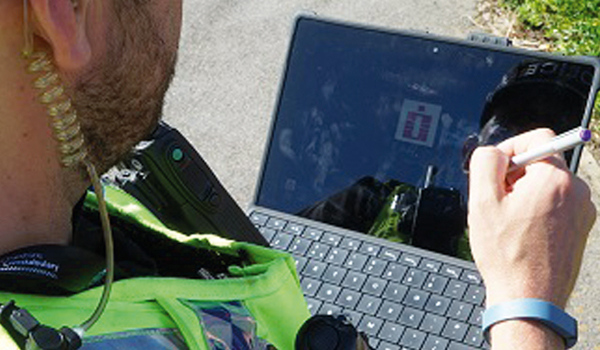