Law enforcement is focused on obtaining the first conviction for female genital mutilation, but first it needs to understand the cultural issues to obtain the evidence and prevent the practice in the meantime. 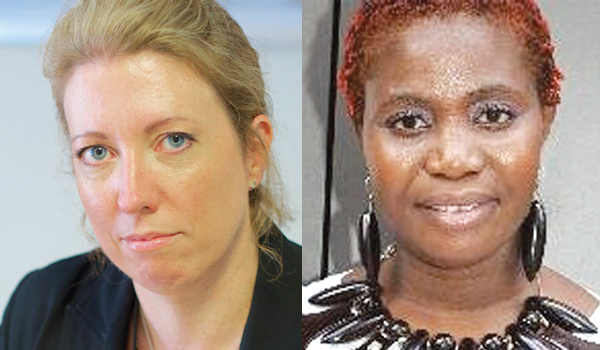 Female genital mutilation (FGM) has been illegal in the UK since 1985, but has recently come to prominence as part of the wider focus on vulnerability. The practice can cause life-changing injuries and trauma to women and girls but, despite this, not one person has ever been convicted for carrying it out. According to Detective Constable Gillian Squires, honour-based abuse, forced marriage and FGM officer for West Midlands Police, part of the problem is that officers often do not understand exactly what FGM is, or some of the cultural sensitivities regarding why it is carried out. To be able to link in with communities effectively, the people doing it need to understand the issue thoroughly, she said. You need to make sure people who work in communities have a thorough and sound knowledge. Otherwise, you lose credibility. What is FGM? FGM, as defined by the World Health Organisation, comprises all procedures that involve partial or total removal of the external female genitalia, or other injury to the female genital organs for non-medical reasons. It was made a criminal offence under the Prohibition of Female Circumcision Act 1985, but these provisions were repealed and re-enacted in 2003 by the Female Genital Mutilation Act, which revised the maximum penalty to 14 years imprisonment. There are four commonly recognised categories, of which the most severe is Type 3. Type 3 FGM typically involves the removal of the clitoris, the vaginal lips and stitching of the vagina, sometimes leaving only a small hole the size of a matchstick. Type 2 FGM involves the same procedures except for the stitching, and Type 1 involves removal of the clitoral hood with or without total removal of the clitoris. The final category, Type 4, covers all other harmful procedures to female genitalia, such as piercing, cauterisation, cutting or inserting corrosive substances. However, these are westernized definitions, and survivors may say they do not easily fit into any particular group. All four categories carry serious implications for a victims wellbeing. Contrary to practitioners claims, FGM has no health benefits; survivors often face an increased risk of urinary tract and kidney infections, severe stomach pain due to menstrual problems, and a higher likelihood of experiencing complications in childbirth, up to and including death. Further complications can arise when the procedure is carried out  FGM is rarely conducted in professional medical environments with clean surgical tools and anaesthetic, leading to severe pain, a heightened threat from infection and potential severe blood loss. FGMs impact can also be psychological. According to Detective Constable Gillian Squires, giving birth can be particularly traumatic for victims because it requires them to be in a similar physical position to when they were cut. Flashbacks can be a common side effect, as can sexual dysfunction and an aversion to sexual activity. Who is at risk? FGM is not exclusively a problem for any particular age group. Victims can be cut at any time between birth and pregnancy, although the majority are between five and nine years old. Contrary to misconception, FGM is not exclusive to Muslim communities; it is also carried out by Christians and a minority Jewish group in Ethiopia. The practice is most commonly conducted in parts of Africa and the Middle East, as well as sections of India and Bangladesh. Unicef data from 2014/15 shows that 98 per cent of women and girls in Somalia will be cut at some point in their lives, as will 97 per cent in Guinea, 93 per cent in Djibouti and 87 per cent in Egypt. However, its prevalence may vary between communities; for example, while 27 per cent of women in Kenya are subject to FGM, this rises to 97 per cent among the Masai people who inhabit the region. Even though these figures focus on FGMs frequency abroad, Det Con Squires believes they can help estimate its prevalence among immigrant communities in the UK. She claims it stands to reason that a significant