Following intense pressure, internet giants are beginning to address the huge amount of videos emerging on their platforms promoting hate and providing instructions on how to carry out terror attacks. Police Professional reports. 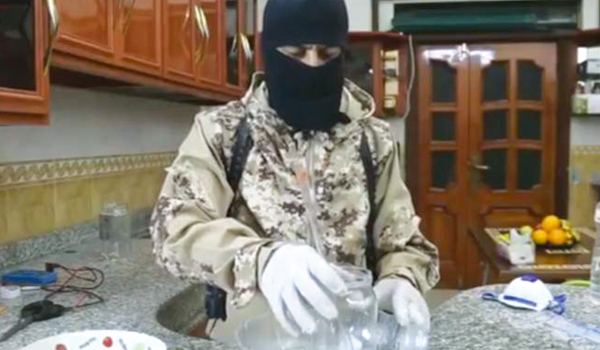 In the days after suicide bomber Salman Abedi killed 22 people at the Manchester Arena, a short video emerged on YouTube and Facebook, called Jihadi ideas for lone lions. It provided instructions on how to make an explosive known as triacetone triperoxide (TATP) from common chemicals. TATP was used in the 2005 London bombings and in the Paris and Brussels atrocities in 2015 and last year. Initial tests suggest that badly prepared TATP was used in the failed suicide bomb attack that took place at Brussels Central Station last week. TATP was also used to devastating effect by Abedi. Security services originally suspected that the complexity of the device meant that it could have been put together only by an experienced bomb-maker. However, it has since become clear that Abedi learnt how to build the bomb by viewing clips on YouTube and downloading material from a number of websites. Detectives have not ruled out the possibility that Abedi, who travelled often to Libya to visit family, had terrorist training in the war-torn country. His contacts there remain under investigation after he was linked to a group of disaffected young men who fought in the uprising against Colonel Gaddafi before switching allegiance to so-called Islamic State (Daesh). His father, Ramadan, 51, and younger brother, Hashem, 20, remain in custody in Tripoli. Abedi travelled back to the UK via Dusseldorf and the possibility that he met someone there is being investigated. However, the inquiry is chiefly focused on Abedis activities in Manchester. There were initially concerns that a bomb-maker was on the loose, but evidence suggests he made the device himself, with investigators convinced he was a very disturbed young man who went online and carried out a lot of research. Abedis device, which also contained shrapnel, including nails, was partially constructed in a tower block in north Manchester before he moved to a rented inner-city flat to complete it. The fact that Abedi, a 22-year-old university dropout, managed to build a viable device after viewing online tutorials, even if he also had real-world training, has increased the pressure on internet companies regarding the accessibility of extremist content. The video that appeared following the attack, produced by Ibn Taymiyyah, a Gaza-based group that supports Daesh, shows a chemist making the explosive from scratch using items such as a funnel and coffee filter. The filling can be used in closed places like restaurants and buses, the video said. After the explosion, its better to directly enter the place and eliminate those who are still alive, Inshallah. The video has since been taken down. Another YouTube posting, by a user called Swords of Islamic Right, features a masked chemist lecturing before a white board. The chemist had previously appeared on a four-part YouTube series showing how to make acetone peroxide. It was not clear what substance he was making in the latest video, which has been seen more than 4,000 times since October 2013. This video has also been removed. Although bomb-making instructions have been published online for years, the videos appear to be a relatively new development. In the past six months, videos have been posted showing how to prepare a ball-bearing bomb and a suicide belt, how to extract cyanide from almonds and chlorine salt, and how to put a bomb in a book. Yet another recent video, detailing how to make the poison ricin, tells jihadists to coat their knives with the powder, mixed with anti-allergy cream, so that it is poisonous every time against an enemy. The video then suggests that the ricin should be placed into a plastic bottle and then exploded in a restaurant, club or bar. It adds: The poison spreads everywhere as dust and everyone will inhale it and die in three to 36 hours. In another YouTube series, a chemist draws diagrams on a whiteboard showing how to make acetone, a key bomb ingredient. YouTubes algorithms suggest further videos in the series to watch. The Government has repe