A digital evidence system introduced at Cumbria Constabulary is providing officers with the opportunity to gain best evidence during their investigations. 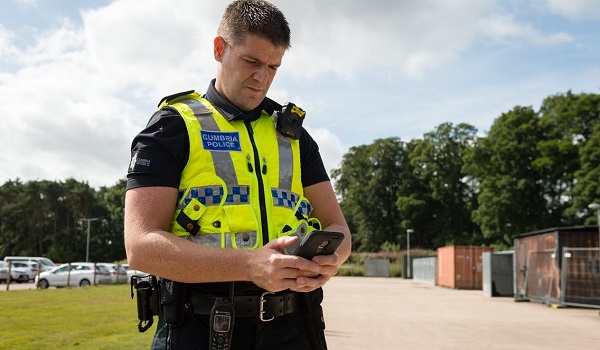 The Axon Interview system was rolled out across the Constabulary in September following a successful pilot period in south Cumbria. The new system captures video recordings of all witness, victim and suspect interviews carried out as part of investigations by Cumbria officers.

The single system replaces two separate DVD-based systems, which would record only audio. The introduction of Axon’s digital interview recording system is the first outside of the US and links in seamlessly with the constabulary’s body-worn video (BWV) and Citizen capability. Axon says the new system ensures absolute transparency for all interviewees and offers flexibility via mobile kits, meaning officers can carry out interviews with people at a mutually convenient location if they are unable to attend a police station.

The system, which is fully complaint with Police and Criminal Evidence Act 1984, has integrated data lifecycle management functionality ensuring that evidence is managed throughout an investigation until a point where it becomes obsolete, leading to it being deleted.

Chief Inspector Jon Sherlock, head of criminal justice at Cumbria Constabulary, said: “There are a number of benefits to our new digital evidence system, however, the most important is that it allows our officers to achieve best evidence which will ultimately lead to more offenders being brought to justice.

“The system follows the successful roll-out of our BWV functionality, which has not only supported officers in achieving criminal convictions, but has ensured that all activity is completely transparent.

“In recent years we have invested in digital technology to support our frontline officers in investigating and preventing crime. The rate at which technology continues to develop means we must adapt accordingly to meet challenges now and in years to come.

“The new system contributes to a more efficient criminal justice system through the capability to instantly share evidence securely with partner agencies, including the Crown Prosecution Service. It is our expectation that that by gaining best evidence through a more effective and modernised investigative processes, the public will see more offenders brought to justice, better outcomes for victims of crime and ultimately keep more people in the county safe.”

Cumbria’s police and crime commissioner Peter McCall said: “The introduction of Axon is of great benefit to the police in Cumbria. “The police have a duty to gather evidence to the best of their ability and hand it over to the courts in order to prosecute the perpetrator – this new, advanced interview system helps officers achieve this duty in a more concise manner.

“Making the justice system more efficient will speed up the process which is in the interests of everyone and I am pleased to see Cumbria Police at the forefront of adopting new technologies to achieve this.”

Axon’s UK country manager Mike Ashby Clarke said: “We are delighted that Cumbria Constabulary are the first police force in the UK to deploy Axon Interview.

“The Axon Interview system is an important expansion of the Axon Platform, adding additional capability for frontline officers. This is a critical partnership that will aid in our commitment to provide accountability and transparency by capturing the interview every time and with the best audio and video quality possible.”