A chief constable has pledged to “put measures in place” after his own investigation found the force failed to recognise the severity of violent disorder that left a seaside town in “lawless lockdown” this summer. 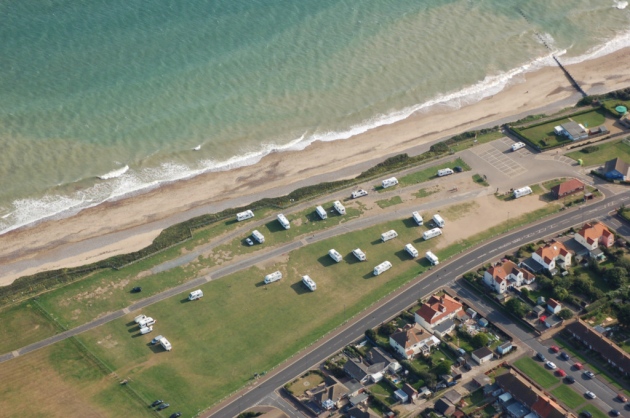 A chief constable has pledged to “put measures in place” after his own investigation found the force failed to recognise the severity of violent disorder that left a seaside town in “lawless lockdown” this summer. Senior officers “misread the significance of events” in their response to the trouble that escalated out of control over the August 18 weekend in Cromer, a Norfolk Constabulary review has found. The report, instigated by Chief Constable Simon Bailey, was prompted by widespread criticism of the force for failing to police the outburst of crime at the end of the towns annual carnival. Pubs, shops and restaurants were forced to close, resulting in 37 crimes reported, including shoplifting, theft and the rape of a teenage girl by two men. The disorder has been blamed on a group of at least 50 travellers who occupied the Runton Road car park with more than 20 caravans after driving up from Lowestoft, 35 miles away. Poor information sharing led to a failure to deploy additional resources with the force wrongly describing the disorder as “low level”. But, despite local businesses pleas for help, the response from officers was limited. Had the constabulary been in a position to understand the collective impact of the groups behaviour on the community and understood the tension it was causing, it would have recognised the need to identify a specific response and apply appropriate command structures, officers and tactics, the review said. Echoing an earlier apology for its response, Mr Bailey said: As I have said before, we got this wrong and I feel terribly sorry that the people of Cromer feel let down by our response. Moving forward, it is important that as an organisation we take any learning opportunities, put measures in place and make sure this doesnt happen again. I have met with local councillors, business leaders and victims affected by the events of that August weekend, to explain the learning identified. We will continue to work with them to build and regain the communities confidence. The force has now agreed to draw up an action plan aimed at avoiding a repeat of what happened. The review identified four areas of concern: leadership, sharing of intelligence, social media messages and police not using powers to deal with unauthorised traveller encampments. The action plan, to be overseen by Mr Bailey and led by an assistant chief constable, will focus on four key areas: The flow of information and intelligence within the constabulary The report found some officers were told the travellers were heading into the county after causing trouble in Lowestoft, but this was not recorded or shared to an appropriate level; Leadership decisions The force responded to events as “part of normal business”, placing officers on the ground in an “impossible position” where they lacked the resources to cope with the disorder; Media response The force was wrong to describe the disorder as “low level”, and failed to recognise community tensions being expressed on social media; and Protocols for dealing with unauthorised encampments– The review found certain travelling groups had “changed in nature” and were becoming more common in Norfolk, and a further review of how unauthorised encampments were dealt with was needed. A further independent review of the decisions made by individual commanders is still being carried out by Cumbria Constabulary. Norfolk police and crime commissioner Lorne Green said the review had been comprehensive and extensive. I am satisfied the force has examined all aspects of what happened over that August weekend and, specifically, what went wrong, he said. What I would say however is that, as always, the proof of the pudding will be in the eating. I understand the people of Cromer and surrounding communities have been keen to hear the reviews findings, however I am sure they would agree with me that it was most important the review was thorough and exhaustive. Mr Green added: I hope t