Pursuant to the Animal Welfare Act 2006 s8(1)(h), a person committed an offence if they kept or trained an animal for use in connection with an animal fight through an agent. 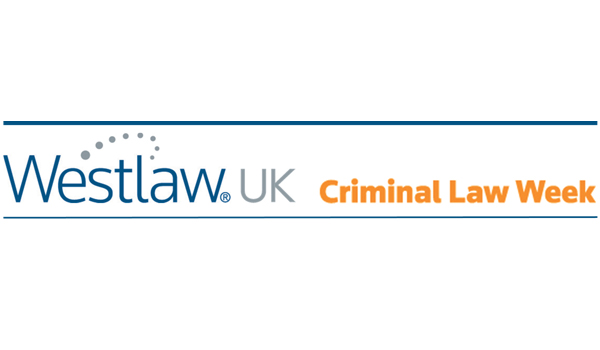 Westlaw provides coverage of case decisions, including those from the High Court, Courts of Appeal and the Supreme Court, with analytical digests written by a team of legally qualified editors. The Westlaw case analysis page provides everything you need to know about a case in one place, including law report citations, a case digest, case status, graphical history, and links to the full text transcript, relevant cases, legislation, books and journal articles. The following Westlaw content has been selected for Police Professional by the editors of Criminal Law Week. Commentary is provided by experts from the Criminal Law Week Commentary Board. To subscribe to Criminal Law Week, please visit: www.criminal-law.co.uk or call 0207 542 9797. Wright v Reading Crown Court (RSPCA intervening) Queens Bench Division (Administrative Court). October 31, 2017. [2017] EWHC 2643 (Admin), (CLW/17/41/2). Summary: Pursuant to the Animal Welfare Act 2006 s8(1)(h), a person committed an offence if they kept or trained an animal for use in connection with an animal fight through an agent. The claimant had been found guilty of keeping or training a bull terrier-type of dog for use in connection with an animal fight, contrary to the Animal Welfare Act 2006 s8(1)(h). The Crown Court found that the dog had originally been kept at the claimants home. After it had been whelped, it was kept for considerable amounts of time at the home of another man. The court found that the claimant whether by herself or though her agent [the other man] kept the dog for use in connection with an animal fight by arranging for the dog to be sent to Ireland for assessment and/or training. The claimant asked the Crown Court to state a case on the question of whether a person could keep or train an animal within s8(1)(h) through an agent. Held: Application refused. (1) The finding of fact that the claimant had physical and actual possession of the dog for the purposes of animal fighting made the claim for judicial relief academic. However, there was a broader question of whether an animal in the physical possession of another, but at the direction and arrangement of the person charged, could still be kept by that person. While there was no statutory interpretation of keeps within the Act, the starting point was that the word should be given its ordinary meaning. By such a meaning, a person might keep an animal by having actual physical possession, but also by requesting another to keep it for them. The word included an assumption of a level of control over an animal whether at the home of the person charged or the home of another. In either event the animal was still being kept by the person charged. Further, there was a power of disqualification from possessing or owning animals, pursuant to s34(1), which included the disqualification from participating in the keeping of animals pursuant to s34(2)(c). Such participation was not confined to shared physical possession. It included knowingly having control of an animal wherever it might be kept. That provided assistance for the broader and non-restricted meaning of keeps within s8(1)(h). Assistance with such an interpretation could also be found within the Wildlife and Countryside (Registration, Ringing and Marking of Certain Captive Birds) (England) Regulations 2015 where reg.2 provided that keep means keep, or have in ones possession or control. Thus, implicitly, actual possession was not essential for keeping a bird. Therefore, keep or train within s8(1)(h) included having actual physical possession and also retaining control of an animal while it was elsewhere. A person might themselves train an animal to fight or arrange another to carry out the training for them. To restrict the interpretation of s8(1)(h) to a person who had actual physical possession or actually did the training themselves would unnecessarily restrict the offence and the policy of the legislation to criminalise those involved in training animals to fight. It followed that the