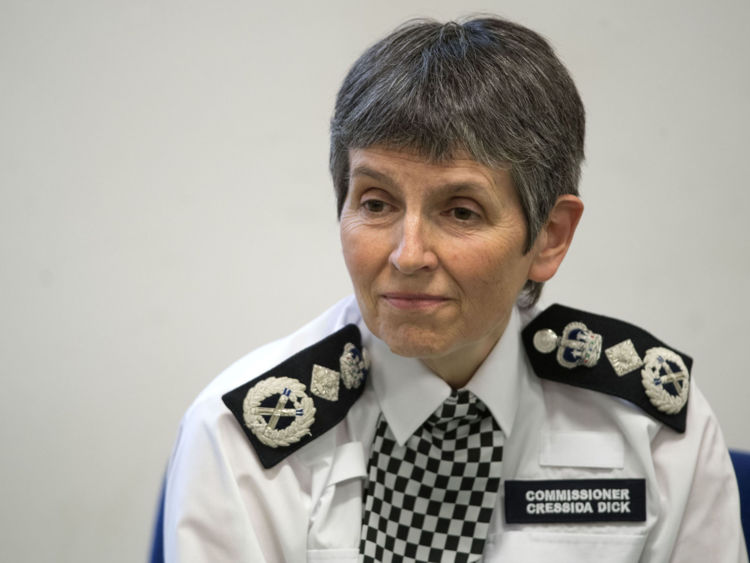 Retired police officers could face prosecution after revealing information about an inquiry into Cabinet minister?Damian Green, the Metropolitan Police Service (MPS) commissioner has warned. Cressida Dick said it was quite wrong for two former MPS officers to speak out over allegations that pornographic images had been uncovered on Mr Greens parliamentary computer during a police investigation into Home Office leaks in 2008. The commissioner said the MPSs Directorate of Professional Standards was investigating whether an offence had been committed. On Friday (December 1), ex-MPS Detective Inspector Neil Lewis said he was shocked to discover thousands of images on the now First Secretary of States computer  claiming he had no doubt whatsoever they had been accessed by Mr Green. It comes after former Assistant Commissioner Bob Quick also gave interviews about material discovered during a police search of the Tory MPs Commons office. He made his claims after the Cabinet Office launched an investigation into accusations of inappropriate behaviour by Mr Green towards journalist Kate Maltby, which the MP has described as “completely false”. Mr Green has also vehemently denied watching or downloading pornography on his computer. Concerned about a break in trust, MPS Commissioner Ms Dick condemned the actions  maintaining that an officer`s duty of confidentiality lasts throughout their service and beyond. She told Police Professionalthe MPSs statements on the subject have been clear  and I will spell that out again, adding: Personal information gathered during a police inquiry  be it about victims, witnesses or those accused of crimes  should remain confidential. It makes no difference if the information relates to the Prime Minister or a teenager stopped in the street. Officers  former and current  have a duty of confidentiality. She re-iterated that officers are dealing with people`s most personal information on a daily basis with the public expecting the highest level of trust from the force. Ms Dick added: Police officers have a duty of confidentiality, we come into contact with personal information very regularly, sometimes extremely sensitive. This is a daily occurrence for any officer. We all know that we have a duty to protect that information and keep it confidential. In my view that duty endures, it endures after you leave the service.? The former officers who appear to have revealed details to the media in this case are wrong to have done so. I have not seen, and do not expect to see, any serving officer taking the same course of action. When there is an official inquiry considering the case, there is no justification and no excuse. The Met has co-operated  with the required checks and balances taking in to consideration those involved  with the Cabinet Office inquiry and that is exactly what others should do. The Directorate of Professional Standards is looking at the way personal and confidential information appears to have been dealt with by former officers involved in this case. They will consider whether any criminal offence has been committed or whether what has happened has been otherwise unlawful. We will give them the space and time to continue with that work. Ms Dick, who was attending a joint MPS, British Transport and the City of London Police commendation ceremony on Monday, expressed her annoyance to Police Professional that instead of headlines recognising the extraordinary bravery, heroism and dedication of officers and staff who had faced up to the most horrific events this year  she faced questions from the media about an investigation nine years ago and officers no longer in the Met. She added: I don`t blame the media for reporting the issues surrounding the Cabinet Office review into certain allegations about the First Secretary of State, Damian Green, but I am very clear  this issue will not distract the Met from the work w