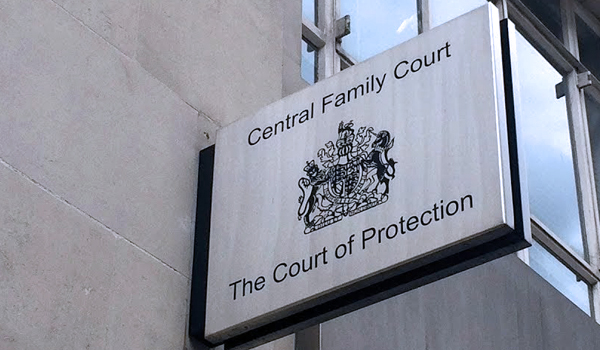 The charity says that despite some progress, not enough work has been done towards the transformed system that the Ministry of Justice (MoJ) expert Harm Panel recommended, and there is evidence of “progress stalling, even reversing”.

Published in June 2020, the MoJ report revealed that the family court system was seriously failing and creating further harm and trauma for women and children in private law proceedings. The Government responded by publishing an implementation plan.

“On top of this, survivors and professionals reported that family court professionals have not been held accountable for their poor decision-making and the trauma it has caused,” said Women’s Aid.

The MoJ report – Assessing Risk of Harm to Children and Parents in Private Law Children Cases – said evidence submitted to the panel demonstrated “continuing concerns” around how the family court system recognises and responds to allegations of, and proven, harm to children and victim parents in private law children proceedings.

While the identified some good practice and widespread good intentions from those “working under increasing pressure” within the family justice system, it has also unveiled deep-seated and systematic issues that were found to affect how risk to both children and adults was identified and managed.

Respondents to the call for evidence raised concerns about how family courts address domestic abuse and child sexual abuse in private law children proceedings. Submissions highlighted a feeling that abuse was systematically minimised, ranging from children’s voices not being heard, allegations being ignored, dismissed or disbelieved, to inadequate assessment of risk, traumatic court processes, perceived unsafe child arrangements, and abusers exercising continued control through repeat litigation and the threat of repeat litigation.

In his foreword to the Government’s implementation plan to address the concerns, the then Parliamentary Under Secretary of State (now Solicitor General for England and Wales) Alex Chalk MP said: “It is clear that there are long-standing issues across the system as a whole which, for these individuals, have tarnished their experience.

“Every year, thousands of cases pass through the private family law system. Research has shown that around 50-60 per cent of child arrangement order cases involve allegations of domestic abuse.

“In the report, victims of abuse report feeling diminished, sidelined, and put at further risk as a result of the system’s failings.

“It is clear that improvement is needed, and it is crucial, not just for these victims of abuse, but for their children and generations to come that we make the changes necessary to deliver this.”

Among the recommendations made by the Harm Panel were a need to address the court’s pro-contact culture and the minimisation of abuse, its adversarial system, and the way it works in a silo, lacking coordination with other courts and organisations dealing with domestic abuse.

Farah Nazeer, chief executive of Women’s Aid, said: “The current system, based on misogyny, victim-blaming, and a lack of understanding trauma is as tragic as it is unacceptable – we must show women and children that they will be listened to, believed and supported.

“We call on the Government to ensure the Harm Panel recommendations are actioned as a matter of urgency – there can be no further delay.

“We are ready and willing to work with agencies and organisations across the family courts system to ensure progress: only by working together can we achieve the results we need.

“We know that the implementation of the Harm Panel report can deliver real change, and at Women’s Aid, we will not stop campaigning until all women and children are safe.”

Domestic Abuse Commissioner Nicole Jacobs said a great deal of progress has been made in the past two years since the publication of the Harm Panel report, in paricular the Domestic Abuse Act 2021, which has implemented special measures for victims and survivors of domestic abuse in the family court and prohibited the cross-examination of victims and survivors by their perpetrators.

In response to the Harm Panel’s call for a less adversarial, trauma-aware approach, the Government also launched Pathfinder pilot projects in Dorset and North Wales in February this year. These aim to improve information sharing between agencies, so that victims are not forced to re-tell traumatic experiences, and improve opportunities for the voices of children to be listened to at every stage of the process.

However, Ms Jacobs said there is still “a lot of work to be done to ensure that children and survivors are truly safe and being heard in the family court”.

For example, the impact of coercive control on survivors, and the ways perpetrators use it post-separation, even during court proceedings themselves, is still not fully understood, with professionals and agencies “minimising the impact of this form of abuse on victims and survivors and their children”.

“The pro-contact culture in the family court also continues to put many children at risk of harm, with children being forced to see their abusive parent despite vocalising their lack of desire to have contact,” said Ms Jacobs in her foreword to the Women’s Aid report.

“Many victims and survivors struggle to access support throughout proceedings, whether this be from lawyers, caseworkers, or specialist IDVAs, leaving them to navigate the complex legal system alone. This is particularly onerous for migrant women, for whom English is a second language.”

Claire Throssell MBE, Child First Survivor Ambassador, added: “In 2016, when the Child First campaign was launched, my two precious sons, Jack and Paul, were included in the tally of 19 children and two women who had been murdered by a perpetrator of domestic abuse in circumstances relating to child contact.

“The Harm Report was published in June 2020 and the Domestic Abuse Act was given Royal Assent in 2021. Yet the reality is that victims and survivors are still experiencing the same traumatising and humiliating treatment I suffered in 2014.

“Within the family court system, there remains inequality, injustice, fear and oppression. Too often, perpetrators are shielded because practice directions and guidance that were created to protect children are not working effectively. There is still too much insistence on parental rights and a deafening silence about the rights of a child.

“Urgent action is needed to prevent other parents having to exist like me. I promised my precious sons as I held them as they died, that no more children should have to die at the hands of someone who should love and protect them the most. This is why I support the report published by Women’s Aid today and hope that its recommendations will be followed.”

The report was launched at a panel event at Westminster, chaired by Women’s Aid chief executive Ms Nazeer, with speakers including Justice Minister Lord Bellamy QC, the Shadow Minister for Domestic Violence and Safeguarding Jess Phillips, a domestic abuse survivor, as well as representatives from Nottinghamshire Women’s Aid, Rights of Women and the Domestic Abuse Commissioner’s office.