Upcoming inquests into the 1974 Birmingham pub bombings risk turning into a proxy criminal trial if suspects are allowed to be named, a court heard. 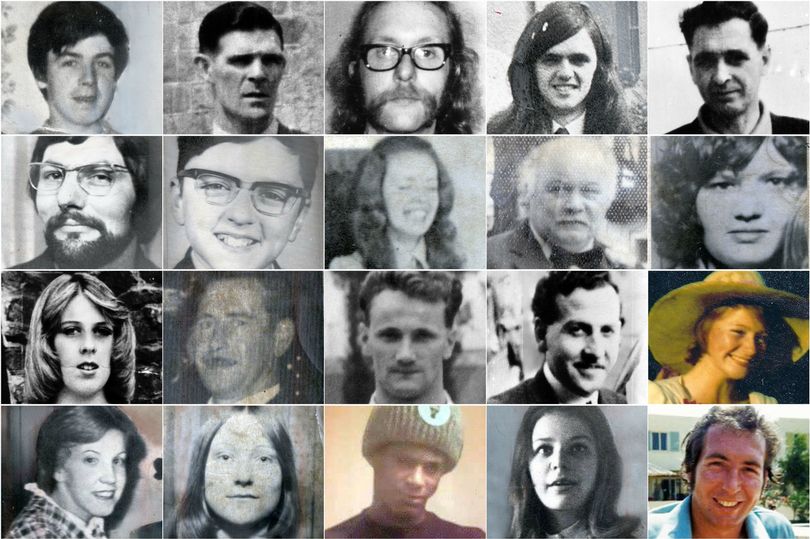 Upcoming inquests into the 1974 Birmingham pub bombings risk turning into a proxy criminal trial if suspects are allowed to be named, a court heard. And the former Chief Coroner of England and Wales believes that widening the scope of the forthcoming hearings to include the perpetrator issue would not give families of the 21 victims their main aim  the answer to who bombed the city. Ten of the bereaved families were at the High Court in Birmingham on Wednesday (December 6) in a legal bid to overturn coroner Sir Peter Thorntons ruling banning the identification of suspects at fresh inquests. The victims relatives are asking for a judicial review of that decision, to unlock the full facts on who carried out the attacks. Two Birmingham pubs, The Mulberry Bush and The Tavern in The Town, were destroyed in November 1974 at the height of a mainland bombing campaign by IRA terrorists. In opening submissions their barrister Adam Straw said: There`s been no full and independent investigation for who was responsible. However, Sir Peter`s barrister said that inquests were not the correct arena to consider who carried out the bombings. In written submissions for the coroner, his barrister Peter Skelton QC concluded: Thus the many years of expensive and exhaustive endeavour would not result in the claimants` principal goal: a public conclusion about who bombed Birmingham. That aim is entirely legitimate and understandable. But it is not one that these inquests can achieve. The city centre double bombings, widely believed to be the work of the IRA, killed 21 people and injured 182, making it  at the time  the deadliest peacetime attack on the UK. Hugh Callaghan, Patrick Joseph Hill, Gerard Hunter, Richard McIlkenny, William Power and John Walker, known as the Birmingham Six, were imprisoned for the murders and served 17 in prison before their convictions were quashed. Five West Midlands Police officers were charged with perverting the course of justice in connection with the flawed original criminal investigation, but in 1993 a judge ruled a fair trial would be impossible. The High Court hearing is the latest stage in a lengthy campaign by the families for truth and justice, after they won a bid last year for fresh inquests to be held. Senior coroner Louise Hunt allowed new inquests after hearing evidence the state may have been protecting a government informant, and that the force had allegedly ignored two tip-offs of an imminent IRA attack on the city. In submissions to Lord Justice Simon and Mrs Justice Carr, Mr Straw said: The bombing, at its time, was the worst peacetime killing. For the ten families I represent and the wider public, theres compelling interest for a full investigation for who was responsible with the aim of bringing them to justice. There`s been no full and independent investigation for who was responsible. The original investigation [by West Midlands Police] was flawed and the public cannot have confidence in its conclusions. He added that the decision by Sir Peter, the former chief coroner, to exclude the perpetrator issue meant there`s no prospect of a full and independent investigation into who was responsible. Mr Straw said that the opportunity would be lost if that decision was not overturned. The hearing, which will include detailed legal arguments by both sides, is set to last two days. New inquests are on hold until the High Court justices deliver their ruling. Some of the bereaved families said they would no longer take part in the inquests, without the perpetrator issue being included. Last month, the victims families announced they had been refused public funding to challenge the ruling. Justice4the21 campaigners maintained the legal aid snub has left them with their backs against the wall ahead of a judicial review. The group representing ten pub bombings families said it would have to raise £20,000 within days to pay for legal representation.