Policing must be allowed to use “vital tools” in the fight against extremist killers after a director of a Muslim campaign group was found guilty of wilfully obstructing counter-terror officers, the Metropolitan Police Service (MPS) warns. 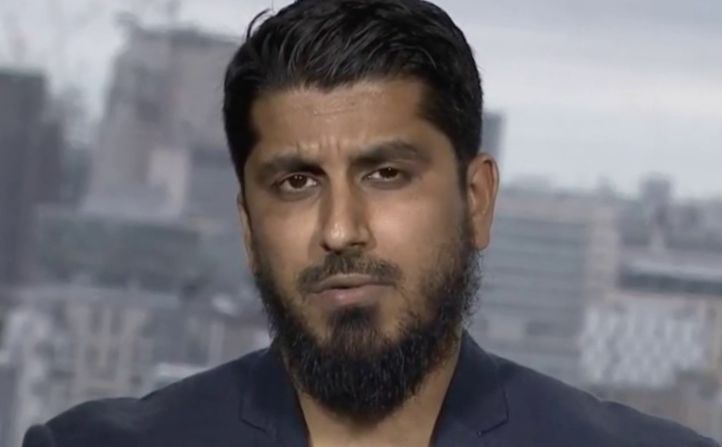 Policing must be allowed to use “vital tools” in the fight against extremist killers after a director of a Muslim campaign group was found guilty of wilfully obstructing counter-terror officers, the Metropolitan Police Service (MPS) warns. The conviction of Cage director Muhammad Rabbani for refusing to hand over his mobile phone and laptop passwords is being seen as a test case that could affect terror suspects stopped at UK airports and ports. Cage, which campaigns on behalf of people affected by the “war on terror”, came to prominence in 2015 after it emerged the group had interviewed British Daesh executioner Mohammed Emwazi  dubbed Jihadi John  whom its research director Asim Qureshi described as a “beautiful young man.” Emwazi had sought advice from Cage over alleged harassment by the British authorities before leaving for Syria in 2012. Mondays (September 25) verdict at Westminster Magistrates Court confirms that UK police forces have the powers in port stops under Schedule 7 of the 2000 Terrorism Act to demand access to electronic devices, and refusal to cooperate is a criminal offence. The MPS says it is crucial that officers are able to use the legislation to keep the public safe. Commander Dean Haydon, head of the MPS Counter Terrorism Command, insisted: Schedule 7 of the Terrorism Act 2000 is a vital tool in the fight against terrorism and we are committed to ensuring the power is used appropriately and proportionately, as it was in this case. Rabbani was arrested at Heathrow airport on November 20 last year and charged in May with obstructing or frustrating an examination under counter-terrorism stop-and-search powers. On Monday (September 25), Westminster Magistrates Court heard that the 36-year-old refused to tell officers what he did for a living or give out his mobile phones security pin, saying it wont help you in any way and that it breached his privacy. He also refused to hand over the password to a MacBook, the court heard, and would only say that he was a director of a company. Rabbani had been returning from a wedding in Doha when he was stopped in the immigration hall at Terminal 4 by an officer. In court, the officer refused to disclose whether he had had information on Rabbani prior to arrest, but prosecutor Tom Little said this was not a random stop and search. In interview, Rabbani said he was familiar with Schedule 7 and had been stopped between 20 or 30 times and had never handed over his pin codes. He said: By giving my mobile phone or passwords or similar all I am doing is violating my own privacy which I dont think (the Act) covers. Rabbani said that previous officers using the stop-and-search powers had exercised judgment and not asked him for his pin codes or passwords. The officer said: No-one has refused to hand over a pin code in the past, it was the first time anyone I had ever come across when (theyve) point blank refused. The officer admitted that he had not informed Rabbani that he did not have to hand over information related to his role as director of a company that he had been given in confidence. Rabbani, from Bethnal Green in east London, denied a single charge under Schedule 7 of the 2000 Terrorism Act. His legal team argued that he should not have to hand over the password because this would expose sensitive information given to him by a third party. Henry Blaxland QC, for Rabbani, had said the court should not convict him because the stop had not been lawful. He said Rabbani had been stopped not for the purpose of a police inquiry into the preparation or instigation of acts of terrorism, but for a collateral purpose. It was also not legitimate, Mr Blaxland said, because there was inadequate provision under schedule seven port stops to prevent legally privileged, journalistic and other private material from being read by police officers. After sentencing Rabbani to a 12-month conditional discharge and imposing a fine of £620, senior district judge Emma Arbuthnot said she be