Two officers have been unable to receive a fair trial following a deliberate error made by investigators at the Police Ombudsman for Northern Ireland (PONI). 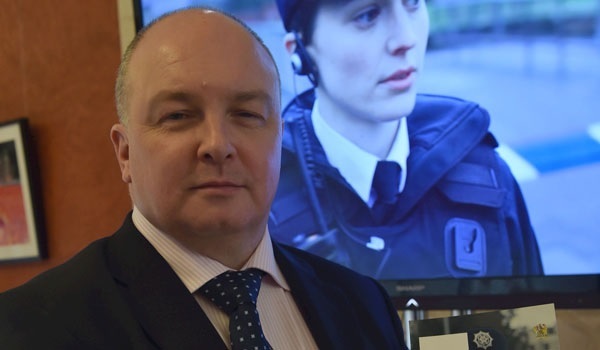 Two officers have been unable to receive a fair trial following a deliberate error made by investigators at the Police Ombudsman for Northern Ireland (PONI). The Police Federation for Northern Ireland (PFNI) said PONI has serious questions to answer over the case at Newry Courthouse. Both Police Service of Northern Ireland (PSNI) officers were accused of perverting the course of justice by making a false statement regarding an incident in Armagh city centre in June 2014. But the judge stayed the case after inaccurate information given to the defence by an Ombudsman investigator prompted considerable concern. PONI said it would take steps to address the issues identified by the judge that led to the collapse of the trial. Before the case was stayed, it emerged that the officers had been shown DVD footage during an interview with investigators on October 22, 2015. The officer was told by an investigator: “He [the complainant] has provided me with a copy of that, statements from his solicitor and barrister, who have viewed the footage, he hasn`t given me the phone as yet, he has been made aware, the phone should be kept safe. I am not sure whether he has the original or not.” However, it was later revealed that the same investigator had been told months prior to the interview that the complainant had lost the original footage from his mobile phone in February that year. This deliberate error, as described by the judge, meant it was impossible for the defendants to receive a fair trial. No effort was made to find the original footage, the judgment states. The footage is the only evidence in this case. Its importance cannot be over-emphasised, the judge wrote. “I conclude the trial must be stayed. The failure of the Ombudsman to verify the integrity of the footage supplied by the complainant has resulted in it being impossible for the defendants to receive a fair trial.” PFNI chair Mark Lindsay called for a rigorous system that allows officers to appeal if the evidence presented by PONI is deficient. The investigative failures meant the defence was unfairly denied any opportunity to test the completeness and integrity of the video footage captured on the phone. The Office of the Police Ombudsman is meant to operate to the highest standard of investigation. In this instance, it fell far short of that standard. Where was the supervision in this investigation? How did these failures happen? Why were the legal representatives led to believe that the phone was still available? What assurance will there be that such failings will not be allowed to happen again? The Ombudsmans Office must openly address these questions to allay fears that the office may be recommending prosecution of police officers where it is not justified. OPONI has to be fair to officers and, in my judgement, in this case, it failed the test. He continued: It should look at its processes to make them fit for purpose, learn to follow evidence and not be afraid to state when the evidence falls short. Thats whats expected of PSNI officers and no less is acceptable from PONI, their oversight body. It is a requirement of the Ombudsmans Office that it has the confidence of not only the public, but of police officers. The office of the PONI said: We respect the judgment of the court, and are clearly disappointed. We will need time over the coming weeks to consider it carefully. As we look at the judgment in more detail we will examine all the options open to us including an appeal. Clearly, however, we have to wait until the final outcome of the challenge. This judgment may have implications for how Northern Ireland deals with historical matters, affecting not only this Office, but also proposed solutions such as the Historical Inquiries Unit.