As the number of children being arrested for terrorism offences increases at an unprecedented rate, Counter Terrorism Policing (CTP) has teamed up with the UK’s biggest parenting website – Netmums – to highlight the risks of online radicalisation. 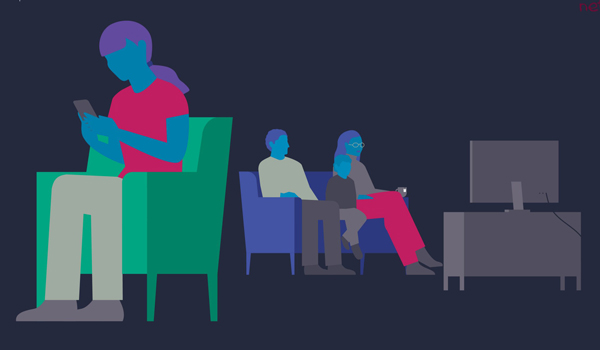 Arrests of under-18s for terrorism offences have almost trebled in the past year, with a “worrying” increase in the number linked to right-wing extremism.

The ground-breaking partnership with the popular parenting website comes after a survey of Netmums users showed that only 28 per cent know how to spot the signs of radicalisation – even as the targeting of children by extremists online reaches record levels.

With around four million parents visiting Netmums every month, CTP will provide website users with information, exclusive resources and support to help educate parents about the dangers of radicalisation, the signs to spot and how to act to protect their children – just as they would with other types of online harm such as sexual exploitation or cyber-bullying.

For the past 12 months, experts at CTP have warned about the worrying signs they are seeing in the UK’s Prevent and terrorism arrest data – with new statistics showing that children under the age of 18 made up 13 per cent of all terrorism arrests in the year to March 31, 2021, nearly trebling from just five per cent in the previous year.

While terrorism arrests across every other age group have fallen in the past year as a result of the Covid-19 pandemic – 21 children under the age of 18 were arrested in the 12 months to this March, making them the only demographic to show an increase.

The increasing prevalence of young people in the extreme right-wing terrorism space is also a particular concern for CTP, with much of this growth resulting from children being targeted and radicalised by right-wing extremists online – including through multi-player online gaming, YouTube and chat forums.

Of those 21 children arrested for terrorism offences in the past financial year, 15 were linked to extreme right-wing terrorism.

“This worrying growth has been occurring since 2015, when young people under the age of 24 accounted for less than 20 per cent of extreme right-wing terrorism arrests – in 2020 they accounted for nearly 60 per cent,” said CTP, a collaboration of UK police forces working with the intelligence community.

“By acting early, it is possible to stop someone from being exploited by extremists.

“Prevent officers have the expertise, experience and resources to help parents spot when their children are at risk of becoming victims to radicalisation. Through the Prevent programme, working with our partners, we can help save them before it is too late.”

Chief Supt Adams said: “The trends we are seeing in our data are incredibly concerning,” said

“We must do more as a society to protect children from this threat and CTP wants to help parents, friends and families recognise when children are becoming the victims of radicalisation.

“Family and friends are best placed to spot the worrying behaviour changes which can indicate that a loved one is heading down a path towards terrorism, but currently just two per cent of referrals into Prevent come from that group.

“That is why we have teamed up with Netmums, to provide their millions of users with clear, simple information about what to look out for, and where to go for help.”

He added: “I am worried about what we are seeing, but I am also hopeful that we can do something to stop it.

“Not all children are vulnerable, but some are, and all parents should be aware of the dangers so they can help protect their child if necessary.

“That requires parents, friends and family to help us by talking to their children about what they view online, acting early to share their concerns and seeking support if they fear someone they love is in danger of being radicalised.

“Asking for help is a difficult and emotional step, but we must see it for what it is – action which won’t ruin their lives but may well save them. It is vital to act early.”

Associate editor of Netmums, Wendy Golledge, said: “Netmums is pleased to be working alongside CTP to raise awareness of the issue of radicalisation among children in the UK.

“As parents, we are all too aware of the dangers the online world can pose to our children, and while we’re well versed in issues around social media and online bullying, as our survey demonstrated, we’re less aware of radicalisation and how to spot the signs.

“Together we want to help parents keep their children safe online.”

Over the next four weeks, Netmums users will be able to access exclusive articles and digital content such as videos, as well as bespoke support provided by safeguarding experts via the website’s forum pages.

Netmums will also host a sponsored ‘drop-in clinic’ where parents can ask a Prevent officer questions and seek advice if they have concerns.