Assaults on emergency workers have increased by almost 20 per cent according to the latest monthly figures from police forces in England and Wales.

In the four weeks to March 14, assaults on emergency workers increased by 19 per cent compared with the same period in 2020. This follows an increase of 14 per cent reported in the previous month.

The NPCC said the continuing rise is thought to be driven by increases in common assaults on police officers, including suspects spitting on officers while claiming to be infected with Covid-19.

“As we’ve seen throughout the pandemic, there continues to be a concerning rise in assaults against emergency service workers. This is unacceptable,” said Mr Hewitt.

“We will use the full force of the law to prosecute anyone who uses violence against those who are on the front line. Officers and staff are out in communities, working in challenging circumstances, and I am grateful for their continued hard work.”

Despite crime figures provided to the NPCC from forces showing an overall fall of 12 per cent for the latest four-week period, Mr Hewitt warned that smaller reductions seen in recent months suggest crime is slowly returning to pre-pandemic levels.

Throughout the pandemic, sustained falls in crime have been recorded throughout periods of national lockdown, with crime only rising close to 2019 levels during the summer months of 2020.

The third national lockdown introduced on January 6, 2021, saw a large reduction in recorded crime as individuals were told to stay at home, allowing criminals less opportunities to commit offences, said the NPCC.

For the most recent recorded snapshot, for the four weeks to March 14, serious violent crime, including grievous bodily harm, actual bodily harm and personal robbery, reduced by 21 per cent, shoplifting was down 37 per cent, vehicle crime fell by 26 per cent and residential burglary was down by 28 per cent compared with the same period in 2020.

Whereas there had been a fall in rape offences reported in recent months, the latest figures show a small year-on-year rise of one per cent compared with the same four-week period a year earlier.

Recorded domestic abuse incidents fell by three per cent over the snapshot period compared with the same period in 2020.

There remains little evidence of the significant increase in reported domestic abuse that was anticipated at the start of lockdown, although the NPCC said police continue to monitor this area closely and work closely in partnership with relevant organisations. Police figures do not capture hidden domestic abuse that is not reported, it added.

“While crime levels are lower, the latest figures show smaller reductions than seen in recent months, suggesting a gradual return to pre-pandemic levels,” said Mr Hewitt. “This is what we have been anticipating, with restrictions easing over the last few weeks and months as part of the Government’s roadmap out of lockdown.”

He said all forces have “robust plans in place” to deal with any upturn in crime, including violence, and will clamp down on violent offenders.

“As well as day-to-day policing, to prevent and tackle crime and keep communities safe, we continue to work alongside our partners both locally and nationally in tackling this pandemic and limiting the spread of the virus,” said Mr Hewitt.

“We encourage the public to continue to support us in our efforts to prevent the further spread of the virus.”

Forces have also continued to observe falls in calls to police. Compared with the same period in 2020, 999 call volumes decreased by 13 per cent and 101 calls by nine per cent.

The national absence rate for officers and staff remains low at four per cent. 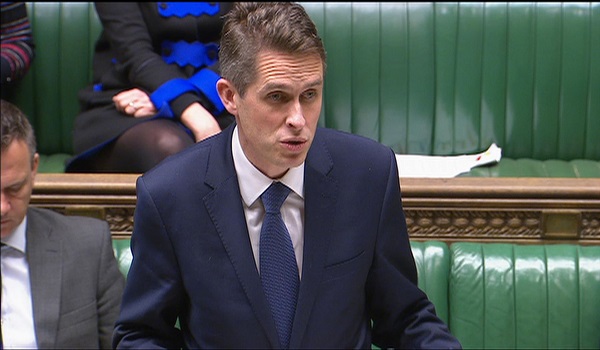