Justice reformers have set the “ambitious aim” to end the practice of children having to give evidence in court. 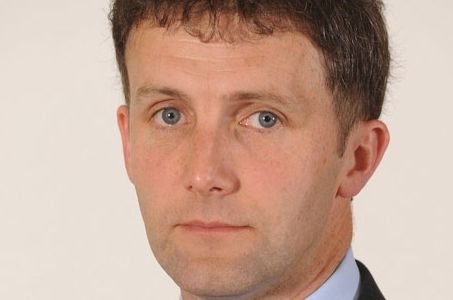 Justice reformers have set the “ambitious aim” to end the practice of children having to give evidence in court. A consultation began on Thursday (June 29) after the Scottish government asked for views on the best way to spare child witnesses from having to appear in person at criminal trials. And the SNP vision is looking how a model of prerecording evidence can “work best” for Scotland with all testimonies given by children to be captured as “early as possible”. In announcing the consultation, Scottish Justice Secretary Michael Matheson said: Giving evidence to a court can be extremely difficult and emotional for anyone, particularly a child or vulnerable witness. “Making sure those witnesses feel safe, secure and able to share their account of events effectively not only protects them from ongoing risk, but helps them give the best evidence. That is why we are seeking views on reforms which would stop children having to give evidence in court during a criminal trial. This is a positive step in the right direction to protect the most vulnerable. This is an ambitious aim and it is likely to take time to fully achieve. But I believe it is vital and necessary that we make this important progressive change whilst also ensuring that the rights of a person accused of a crime are maintained. The government is already working with partners to encourage earlier pre-recording of evidence as part of the Joint Investigative Interview process. This includes looking at how practical support is provided and how technology and facilities can be enhanced. Scotland has long held the desire that the interests of children  and victims and witnesses in general  should become an integral part of the justice system and has been working towards the goal of eliminating the need for children to give live evidence for more than a decade. The Vulnerable Witnesses (Scotland) Act 2004 recognised in statute that some witnesses require additional support measures  special measures  to give evidence effectively, such as giving evidence remotely via video link. The successful use of special measures demonstrated that it is possible to move away from traditional methods of giving evidence without jeopardising the integrity of the justice system, Mr Matheson told a law and order conference at the Police Scotland College last October. Further protection was given to witnesses, through support and information, in the Victims and Witnesses (Scotland) Act 2014 and the subsequent Victims Rights (Scotland) Regulations 2015. Key measures now in force include new rights for victims and witnesses to access information about their case; new duties on justice organisations to publish standards of service; and new rights for alleged victims of certain offences, including sexual offences, to specify the gender of their police interviewer. Recent Acts have significantly extended the existing special measures. They have redefined child witness to include those up to the age of 18, thereby increasing the number of young people automatically entitled to use the standard special measures when giving evidence. Mr Matheson added: “As a Government, we are committed to making Scotland the best place in the world for a child to grow up. This commitment extends across all aspects of life.”