Senior police officers are set to lose the power to authorise access to personal phone and web browsing records under a series of late changes to the legislation proposed by Government ministers in an attempt to comply with a European court ruling. 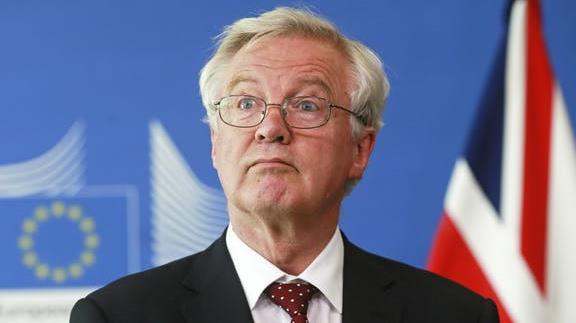 Senior police officers are set to lose the power to authorise access to personal phone and web browsing records under a series of late changes to the legislation proposed by Government ministers in an attempt to comply with a European court ruling. A Home Office consultation paper published on Thursday (November 30) also makes clear that the 250,000 requests each year for access to personal communications data by forces and other public bodies will in future be restricted to investigations into crimes deemed serious enough to carry a prison sentence of at least six months or more. The consultation proposes giving the power of decision to a new regulatory body  the Office for Communications Data Authorisations  that will sit under the auspices of the Investigatory Powers Commissioner, currently Lord Justice Fulford. Ministers will also seek suggestions on whether there should be greater oversight on law enforcement and intelligence agencies using the data in counter terrorism cases. The new safeguards involve fresh amendments to the Investigatory Powers Act and follow the ECJ ruling, which said the general and indiscriminate retention of personal communications data cannot be considered justified within a democratic society. The European judges ruled that harvesting of personal communications data could only be considered lawful if accompanied by strong safeguards including judicial or independent authorisation and only with the objective of fighting serious crime including terrorism. But the Government is adamant the 2016 European Court of Justice (ECJ) adjudication in a case brought by Labours deputy leader, Tom Watson, initially with David Davis, now the Brexit Secretary, does not apply to the retention or acquisition of personal phone, email, web history or other communications data by law enforcement agencies such as the National Crime Agency, GCHQ, MI6 or MI5, as national security is outside the scope of EU law. Launching the consultation, Security Minister, Ben Wallace said: Communications data is used in the vast majority of serious and organised crime prosecutions and has been used in every major Security Service counter-terrorism investigation over the last decade. Its importance cannot be overstated. For example, it is often the only way to identify paedophiles involved in online child abuse and can be used to identify where and when these horrendous crimes have taken place. As this is an issue of public importance, we consider it important to consult on our proposed changes to inform our legislative response and subsequent Parliamentary debate. All responses will be welcomed and carefully considered. The new proposals will see restrictions on the use of communications data to investigations into serious crime but using an offence carrying a six-month prison sentence rather than the usual three-year threshold so that offences such as stalking and grooming are not excluded. In the case of internet connection records  tracking personal web browsing histories  the threshold remains at 12 months. Also, additional safeguards must be taken into account before a data retention order can be issued to a phone or postal operator. Mr Davis, before withdrawing from the case when he became a minister, argued that the Governments approach to collecting communications and other personal digital data amounted to treating the entire nation as suspects. Communications data covers the who, where, when, how and with whom of a phone call, text, email or web page visit but does not cover the content of those exchanges, which is covered separately by interception laws that require ministerial authorisation. But Silkie Carlo, the senior advocacy officer for human rights organisation Liberty, called the concessions half-baked, adding: This is window dressing for indiscriminate surveillance of the public, when ministers should be getting on with changing the law. We warned the Government from the start that the authori