A project that revolutionises crime analysis is being trialled in the UK and Europe in the hope that vital information held by forces will be immediately available. 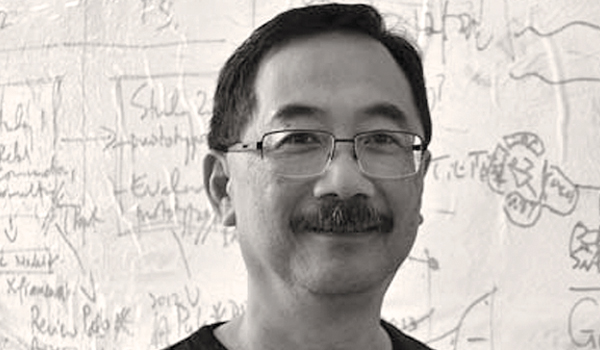 The report by the 9/11 Commission was clear about the reason police, intelligence services and analysts across the country failed to predict an attack on the scale of the one that took place on the Twin Towers: it was a failure of imagination. With hindsight, it is easy to look back and see the clues that were missed, but the vast amounts of information generated in the modern world makes such a task impossible  at least for a human being. Criminal intelligence analysis is very mentally demanding and time intensive given the uncertainty and ambiguity in such work, said William Wong, Professor of Human-Computer Interaction at Middlesex University. Sorting the significant from the insignificant and connecting the dots is difficult with large volumes of data, and it`s getting more complex as sources such as social media increase. Its no longer humanly possible to sift through all the data if the police are expected to respond in an efficient timeframe. Everyone thinks policing is about connecting the dots, but thats the easy bit. The hard part is working out which dots need to be connected. Professor Wong is now approaching the end of a four-year project to create a computer system that can help crime analysts both find the right dots and connect them up. Funded by the EU and involving more than 100 scientists, engineers and police end users across 17 organisations and eight countries, the aim of the project has been to develop the next-generation of visual analytics system to address the challenges that Big Data brings to policing and criminal intelligence analysis. The result is known as VALCRI  Visual Analytics for Sense-Making in Criminal Intelligence Analysis  and the system aims to complete the most laborious parts of a crime analysts job in seconds, freeing them up to focus on other elements of the case, but also provoking new lines of inquiry and possible narratives that may have been missed. Presently, when an unsolved crime lands on an analysts desk, one of the first things they have to do is search police databases for incidents that could be related, based on factors such as location, time or modus operandi, and collect details of all of the people involved. An experienced analyst would typically need to carry out around 73 individual searches to gather all of this information, and then input it manually to ensure it was recorded in an easily understandable form. VALCRI can accomplish this with a single click. Creating a system capable of achieving this has been an enormous challenge. Many police reports include information in the form of hand-written side notes or descriptions, so much of the development time has been spent creating algorithms to ensure VALCRI can utilise a wide range of material in a useful way. Interviews with eyewitnesses at three different crime scenes, for example, might include a description of a scruffy person nearby. But while one witness might describe the person as untidy, another might use the word messy and another dishevelled. Although a human analyst would have little trouble making an instant connection between the three and consider they might be referring to the same person, ensuring VALCRI has the same abilities requires the use of cutting-edge artificial intelligence capabilities. Thanks to a machine learning engine, VALCRI is able to improve its searches on the basis of its interactions with analysts, who can raise or lower the importance of different sets of criteria with a click of a mouse or a swipe. For example, the system might spot that particular tool marks were found on doors at several recent crime scenes, including the one that is the focus of the current investigation. The analyst will be presented with this information and can then say whether it is relevant. VALCRI will then adjust the results accordingly. VALCRI can help generate plausible ideas about how, when and why a crime was committed, as well as who did it. It scans all available information, such as records, interviews, pictures an