The RSPB says its latest figures for bird crime are probably “only the tip of a far larger iceberg”. 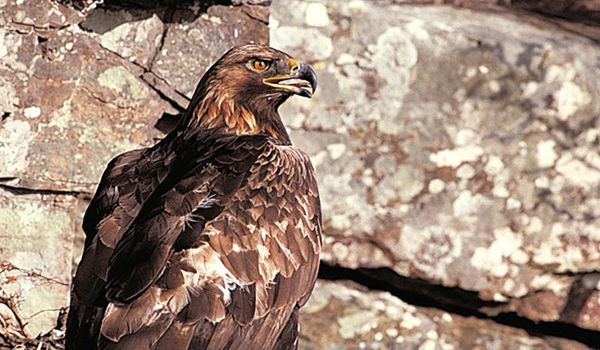 Its annual Birdcrime report published on Tuesday (November 15) found there were 108 confirmed raptor persecution incidents in the UK in 2021, with 80 in England – the second-highest figure on record after 2020’s “unprecedented figures”.

Confirmed incidents include 41 shootings or attempted shootings, 32 poisonings and 18 trappings, together with other cases of persecution and illegal nest destruction.

The RSPB says a total of 91 birds of prey were affected, including 50 buzzards, 16 red kites, seven peregrines and three goshawks, as well as a hen harrier, white-tailed eagle, golden eagle, two sparrowhawks and a number of different owls.

“Despite all birds of prey being protected by law since the 1950s, and more recently under the Wildlife and Countryside Act 1981, they have continued to be shot, trapped or poisoned,” said the RSPB.

“Scientific papers, intelligence reports, eye-witness testimony and satellite tagging studies of species such as hen harrier and golden eagle have confirmed that the annual Birdcrime totals are only the tip of a far larger iceberg, with many killings going undetected and unreported.”

In 2021, almost three-quarters (71 per cent) of all confirmed incidents of raptor persecution across the UK were linked to land managed for gamebird shooting.

The RSPB said there was also a “significant number” of cases in Scotland.

In one “appalling example”, in Aberdeenshire, a golden eagle was found poisoned, lying beside a dead hare laced with the same deadly banned pesticide, on a grouse shooting estate with a history of raptor persecution, within the Cairngorms National Park.

“Incredibly, a minimum of 68 golden eagles have been illegally killed in Scotland since 1981, the vast majority falling victim to illegal poisoning on grouse moors,” said the RSPB.

“Raptor persecution also continues to affect the recovery of hen harriers, a rare moorland species for which Scotland is a stronghold.

“Surveys and population studies over three decades have identified criminal persecution as the main factor supressing the UK’s population.”

It added: “In 2021, satellite tag data revealed that three hen harriers, all from a small breeding population in southern Scotland, disappeared in 2021 in suspicious circumstances indicating they had likely been illegally killed in areas managed for driven grouse shooting.”

Operation Tantallon, an ongoing multi-agency investigation into the alleged theft and laundering of wild peregrines in Scotland and northern England, has already charged three people with offences, including a serving police officer and a part-time gamekeeper .

The UK National Wildlife Crime Unit (NWCU) says the scale of this effort to bring a prosecution in a raptor persecution case “is virtually unheard of in the UK and the ramifications, should the defendants be found guilty, will be huge”.

The defendants are reportedly facing more than 100 charges, and a wide range of investigative techniques were deployed by the team, including surveillance, peregrine DNA analysis, searches under warrants, bankers warrants, cybercrime forensics and the Proceeds of Crime Act.

This investigation team, which includes Police Scotland, the Scottish Society for the Prevention of Cruelty to Animals, the NWCU and SASA, with additional support from the Scottish Raptor Study Group, received the Wildlife Crime Operation of the Year Award 2022 a last month’s Wildlife and Rural Crime Conference for its work tackling raptor persecution.

The RSPB report also highlights the abuse of newer forms of more toxic rodenticides (rat poison) to target birds of prey, which becoming an increasing concern.

This represents a danger not just for birds of prey but for other wildlife, people and pets who may come into contact with these deadly substances, it says.

The RSPB is calling for changes to authorised outdoor use of these products including tighter controls to prevent access by wildlife.

Ian Thomson, RSPB Scotland head of investigations, said: “Year after year the patterns of crimes against birds of prey are depressingly consistent.

“Scotland’s raptors are being shot, poisoned, trapped, or their nesting attempts destroyed, where land is intensively managed for driven grouse shooting.

“We are also seeing satellite-tagged birds disappearing in suspicious circumstances. While we have commended steps taken by successive Scottish governments, Police Scotland and NatureScot to try tackle this issue, we have long argued that until the grouse shooting industry was regulated, these crimes will continue.

“This is clearly borne out by the figures we are publishing today. With this in mind, we warmly welcome grouse moor licensing being part of the Scottish government’s current legislative programme and look forward to contributing positively to its progress.”

The RSPB says this system needs to be robust and act as a genuine deterrent to longstanding illegal behaviours associated with driven grouse moor management.

Beccy Speight, RSPB chief executive, said: “The evidence shows that the illegal persecution of birds of prey – which is time and time again linked to gamebird shooting – is holding back the recovery of some key species.

“This year’s Birdcrime report is another reminder of the appalling methods deployed by some, and why there is a need for swift and effective change in our countryside.”