More can be done by the criminal justice system to prevent high levels of disengagement of sexual crime victims in Scotland, according to the Inspectorate of Prosecution. 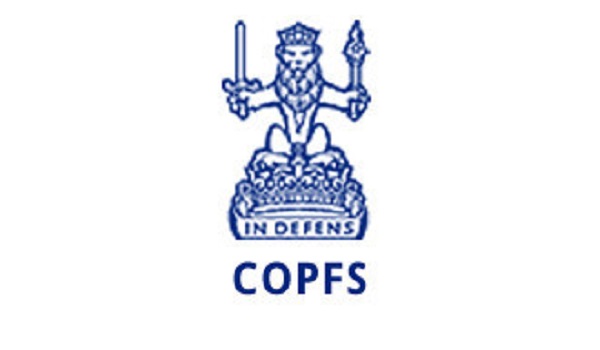 More can be done by the criminal justice system to prevent high levels of disengagement of sexual crime victims in Scotland, according to the Inspectorate of Prosecution. A thematic report  published on Thursday (November 16)  said improvement is needed in the investigation and prosecution of sexual crimes in Scotland and identified the Crown Office and Procurator Fiscal Services (COPFS) as arguably the main body of relevance. More than half (55 per cent) of cases were discontinued after being reported to the National Sexual Crimes Unit (NSCU) to determine whether there was sufficient evidence. There were 207 discontinued cases that were examined, of which 66 were discontinued due to disengagement of the victim(s). As this sometimes included more than one victim, a total of 83 victims withdrew. In 55 of the 66 cases, the victims disengaged after being reported to the NSCU. In response to the report a COPFS spokesperson said it is dealing with a significant increase in the number of sexual offences cases, which now account for 75 percent of its High Court work. “This shows that more victims are coming forward to report sexual offending and that is to be welcomed. The prosecution service is reforming the way it works to take account of this increase,” they added. Some key findings from the report include:

Nonetheless, Michelle Macleod, Her Majesty`s Chief Inspector, said the report identified “many dedicated professionals in the COPFS seeking to achieve the best outcome for each case”. The report acknowledges the criminal landscape has become more complicated in recent years: more reports of crimes committed over a year ago; crime is increasingly global (more often transcending territorial boundaries and/or committed on the internet); and cases with multiple accused, victims and cases are more common. A number of recommendations were provided within the report, including empowering victims to feel able to provide their best evidence means that assessing a victim`s vulnerabilities is crucial to finding the best way this can be done. The use of user-friendly communication, especially in follow-up letters can help clarify victims and witnesses` understanding of the criminal justice procedure. Victim Information and Advice letters are currently being revised to be more user friendly. The COPFS spokesperson told