Complaints against police rise by 11 per cent in past year

More than 75,000 police complaints were received in the past year – an increase of 11 per cent on the previous 12 months, according to the latest statistics from the Independent Office for Police Conduct (IOPC). 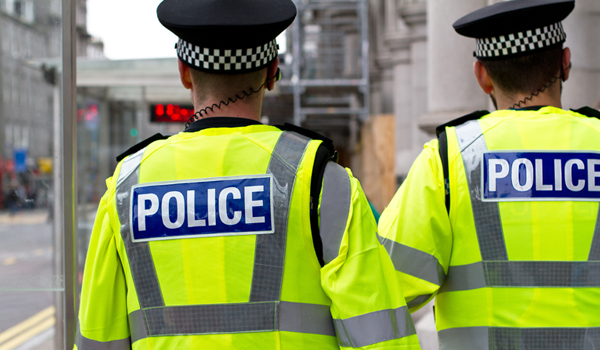 The number of complaints that led to misconduct proceedings also increased – 68 compared to 18 the year before. However, the IOPC pointed out that the number is “a very low proportion”, representing less than one per cent of all completed complaints

There were 50,559 complaints against people serving with the police – most were men (63 per cent) and more than three-quarters (79 per cent) were White.

The largest proportion of complaints related to ‘delivery of duties and service’ (53 per cent).

The IOPC said there has been a 21 per cent rise in these service level complaints, however, it said this overall increase is linked to complaints about service delivery, such as lack of updates and speed of responses, rather than concerns about police misconduct.

The next highest proportions were for ‘police powers, policies and procedures’ (20 per cent) and individual behaviours (14 per cent).

Commenting on the latest annual ‘Police Complaints Statistics’ report for England and Wales 2021/22, published on Thursday (November 17), IOPC Director General Michael Lockwood said: “It is important to remain cautious when comparing the figures from this year to previous years, as the statistics are experimental, meaning they are still in the testing phase and not yet fully developed.

“Notwithstanding that, there are notable increases in complaints from last year that indicate members of the public are increasingly willing to raise their concerns.”

These are the second set of annual complaint statistics to be published since significant changes were made to the police complaints system in February 2020.

Mr Lockwood said the 11 per cent rise in total volume of complaints is likely linked to this simplifying of the system and the widening in definition of a complaint to “any expression of dissatisfaction”.

“The rise in the number of complaints resolved informally indicates more complaints are being sorted quickly, as the new system intended, with fewer complaints resulting in lengthy investigations,” he added.

“This is to be welcomed. In many cases these are being replaced with responses that are more proportionate with appropriate explanations and apologies. In fact, the number of cases where an explanation or apology was given to resolve a complaint doubled.

“There has also been a rise in the number of complaints that were investigated that led to misconduct proceedings (68 compared with 18 the year before), but the number remains a very low proportion (less than one per cent) of all completed complaints.

Mr Lockwood said more work was needed to fully embed new ways of working in all forces to ensure the reforms deliver a complaints system that is “easy to access, less complex and more focused on resolution and learning”.

“We will continue to work with police forces and others to improve the demographic data they collect for complainants and those complained about,” he said.

“We know that black and minority ethnic and young people have lower confidence in the police and this past year has seen incidents that have further undermined this confidence.

“For this reason, it is vitally important greater efforts are made to capture ethnicity data so we understand who is complaining.

“We have seen improvements across a number of forces but the changes are not as wholescale as we had hoped to see.”

“The introduction of the reflective practice review process (RPRP) was central to the reform of the complaints system. It is a process intended to provide an environment to encourage all those involved to reflect, learn and, where necessary, put things right to prevent issues reoccurring.

“This is something that complainants were strongly in support of. We will continue to work with police forces in this area and before the end of the calendar year we will publish a Focus Guidance issue on RPRP, which will provide further examples to help them feel more confident in taking the process forward.”

Mr Lockwood said it was disappointing to see no further action is still the most common outcome of formally recorded complaints, as the IOPC has run workshops focusing on this.

“However, we have seen a significant reduction and in many cases we found actions were taken by the force but were inaccurately recorded as no further action,” he added. “We will continue to advise on this and hope to see further reductions next year.”

Forces took an average of nine working days to contact a complainant after a complaint was made. The averages ranged from one day to 44 working days.

There were 71,967 complaints finalised this year (33,602 formally and 38,365 informally – a 40 per cent increase on last year. This increase is linked to complaints that were carried over from the previous year.

Complainants about the police were received from 69,804 people, of whom 51 per cent were men. The most common age group to complain were those aged 30-39 (21 per cent). Fifty-one per cent of all complainants were white, however, the IOPC said the ethnicity of 36 per cent of complainants was unknown.

Of the 33,602 complaints handled formally in 2021/22, just under half (48 per cent) had at least one allegation resulting in no further action being taken.

Learning from reflection or organisational learning accounted for three per cent of the outcomes of such complaints, while actions such as an apology or a debrief accounted for a further ten per cent.

Ninety-four per cent of allegations handled informally were resolved to the satisfaction of the complainant.