New research proposes that lone wolf terrorists do not act so alone. Police Professional examines their development as a threat and the factors that could help law enforcement. 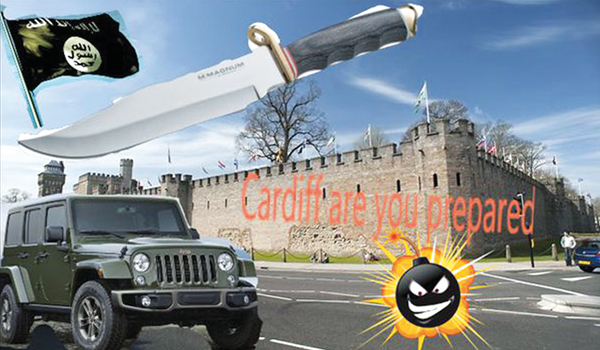 Last month, a teenage boy who declared himself a soldier of the Islamic State was found guilty at Birmingham Crown Court of encouraging terrorism online, possessing a record of terrorist information and preparing for a terrorist attack. The 17-year-old, from Rhondda Cynon Taf in South Wales, had planned to drive a vehicle into a crowd in Cardiff. At the start of his trial it emerged that the boy, who is white British and cannot be named due to his age, had written a note, apparently for distribution after his death, that read: I am a soldier of the Islamic State and I have attacked Cardiff today because your government keep on bombing targets in Syria and Iraq. The note, which was in his possession on the day of his arrest, together with a gutting knife and a claw hammer, also featured bullet point entries stating that he should run down the non-believers with a car and strike the infidels, who oppose Allah, in the neck. The schoolboy had posted so-called Islamic State propaganda on his Instagram account, which had the password Truck Attack. One post read: May Allah bring terrorism to Cardiff on 30th June. His internet history showed numerous searches for information on how to carry out a vehicle ramming attack and how to stab and kill. He had also carried out searches for Isis beheading video, how to create a terror attack and what does getting shot feel like. Potential targets included Cardiff Castle, the citys New Theatre, the Capitol shopping centre, Central Library and the McArthur Glen shopping outlet in Bridgend, as well as a Justin Bieber concert, due to take place at Cardiffs Principality Stadium just hours after he was arrested. This teenagers behaviour over many months leaves no doubt that he intended to kill and maim as many people as possible in an attack reminiscent of the incident on Westminster Bridge, said Sue Hemming, head of the special crime and counter terrorism division at the Crown Prosecution Service (CPS). He was also posting extremist content online that could have encouraged others to commit terrorist acts and downloading instructions on how to carry out lone wolf attacks. He will now rightly face the prospect of a substantial prison sentence. Detective Superintendent Lee Porter, of the Wales Extremism Counter Terrorism Unit, said: This case has highlighted the ongoing concerns with young people gaining access to extremist material on the internet and how quickly that can lead to radicalisation. According to a new study carried out by scientists from Leiden University in the Netherlands and University College London, published recently in the Journal of Forensic Sciences, it might be possible to predict such attacks by looking at certain criteria. The study was centred on data-driven analysis of the minds and actions of 55 attackers who acted in isolation and reconstructed the timelines of events leading up to their attacks, as well as their motivations, based on a set of 198 variables. The variables were split into eight categories: the personal background of the killers; their social environment; methodology behind the planning of the attack; methodology behind the preparation of the attack; practicalities of operational security; leakage behaviour before the attacks; activities conducted immediately after final preparation; and relevant-related activities. Some of those factors included whether the individuals had been involved with radicalised or extremist groups, had been given justification for violence, had conducted reconnaissance at the intended targets beforehand, had made known threats of violence beforehand and whether they had paramilitary or firearms training or experience at a shooting range. It also included when those factors played into the sequence of events leading up to the killings. The cases featured in the study included: the Unabomber, Ted Kaczynski; Timothy McVeigh, the terrorist responsible for the 1995 Oklahoma City bombing; and the Olympic Park Bomber Eric Rudolph. The researchers als