A man who carried out Finlands first terror-related attack, stabbing ten people and killing two, was stopped in his tracks as officers shot him in the thigh within three minutes of a raised alarm. 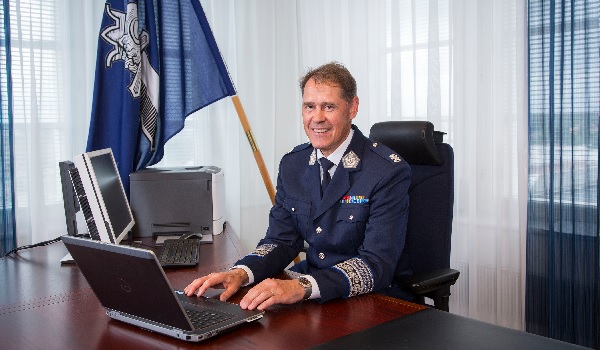 A man who carried out Finlands first terror-related attack, stabbing ten people and killing two, was stopped in his tracks as officers shot him in the thigh within three minutes of a raised alarm. Moroccan asylum seeker Abderrahman Mechkah, 18, was arrested after he began stabbing people on Friday (August 18) in the south-western city of Turku. Finnish police said he appeared to target women in his attack, as the only men that were injured were assisting the victims or trying to stop the attack. It is being treated as an act of terrorism. Two female Finnish nationals were killed, and eight others were injured  six of which were women. National Police Commissioner Seppo Kolehmainen said only three minutes elapsed between a call to the nearest patrol unit and the shooting of Mechkah. A man was reported to have attacked passers-by with a knife at 4.02pm local time. He then ran to a nearby square and stabbed more people before he was shot in the thigh and arrested at 4.05pm. Among the injured was British paramedic Hassan Zubier. According to Jyri Rantala, a spokesperson for the Finnish Security Intelligence Service, authorities were informed at the beginning of the year that Mechkah was radicalised and interested in extremist thinking. However, this was not given priority because there was no reference to a specific threat. A further four Moroccan men have been detained over possible links to the attack, and an international arrest warrant for a sixth Moroccan national has been issued. The German Interior Ministry said Mechkah passed through Germany in 2015 and 2016, as part of the wave of refugees fleeing poverty and violence to western Europe. He arrived in Finland in Spring last year, and until recently was staying at a reception centre for asylum seekers. Mr Kolehmainen said: It is heartening that our field units performed admirably in their initial response, and the dangerous situation was stopped in its tracks. The question is at what stage he possibly became radicalised and what were the things that influenced this.