Clamping down on misogyny by tackling abuse of women as a hate crime might not be the best use of scarce resources, the Metropolitan Police Service (MPS) Commissioner has said. 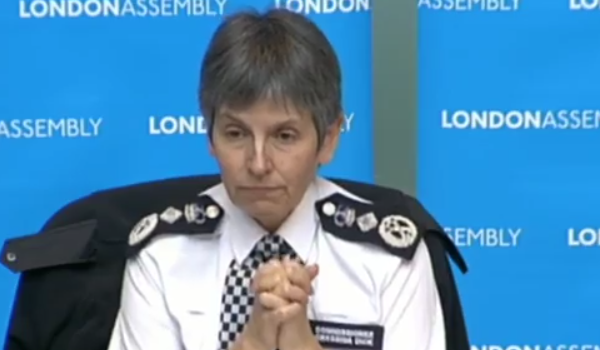 Clamping down on misogyny by tackling abuse of women as a hate crime might not be the best use of scarce resources, the Metropolitan Police Service (MPS) Commissioner has said. The MPS is currently waiting to hear back from a Nottinghamshire Police pilot that has seen the force treat violence against women as an aggravated offence. However, Cressida Dick told the London Assembly on Wednesday (December 13) she is deeply sceptical about the plans at a time when the force is struggling with a stretched budget. Her comments come after Assistant Chief Constable Mark Hamilton, the national lead for hate crime, said the time is right to consider a national rollout of the policy. Of course I am as concerned about violence against women and girls as anybody and indeed I have spent my whole life being concerned about how we in the police carry out our functions in a manner that will support women and girls in the community, said Ms Dick. Most of [this abuse] will be manifest in anti-social behaviour, perhaps reports of harassment, other crime reports, and we do have some strong legislation that supports our hate crime work. I am deeply sceptical about the use of scarce police resources to clamp down on wolf-whistling, Im afraid. But its a complicated issue and Im very happy to discuss it further in the future. Since June 2016, Nottinghamshire Police has been responding to misogyny as a hate offence, investigating dozens of reports in the first ten months of the pilot. Cat-calling, wolf-whistling and unwanted sexual advances all fall under the new classification of a gender-based hate crime. Mr Hamilton told the Women and Equalities Committee last week that a number of forces are now going to try to take this forward to show women that their experiences are being taken seriously. Tackling violence against women and girls is a key part of London Mayor Sadiq Khans police and crime plan, which says it is a sad fact that some people in our city think it is unacceptable to abuse, harass and attack them. The number of domestic offences committed in London rose 15 per cent between 2014 and 2017, and reports of rape increased by 16 per cent last year. Ms Dicks reservations about resources come after Mr Khan highlighted a £370 million shortfall in the MPSs budget by 2021. Deputy Commissioner Craig Mackey also pointed out that Nottinghamshire Polices pilot is still in its early stages so there is little evidence on the impact of responding to misogyny as a hate crime. The MPSs hate crime lead is currently visiting other forces around the country to learn more about their experiences of recording gender based hate crime. Katie Ghose, chief executive of Womens Aid, called on all forces to follow Nottinghamshire Polices example and help end a culture that normalises abuse. She said: In Nottingham, the police force has not seen an influx in reports of wolf-whistling; their step to classify misogyny as a hate crime has been taken seriously and the number of reports has broadly been in line with other forms of hate crime. The police have a duty to protect the public, and protecting women from male violence is absolutely imperative to this. By making misogyny a hate crime, we can take a critical step forwards in preventing and tackling the continuum of male violence against women  from sexual harassment through to domestic abuse. Not only will it help improve womens safety, it will also help change cultural attitudes to sexism, inequality and all forms of violence against women and girls. We look forward to working with Cressida Dick and other police leaders to continue to transform the police response to tackling male violence against women and girls.